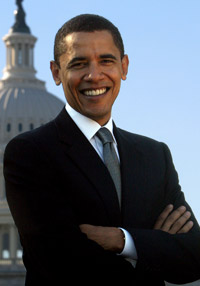 I know this is a stewardship, tithing, and finances blog, but i wanted to throw up a post about the new presidency here in the US. It’s going to be strange saying president Obama after 12 years of saying “Bush” within the last two decades. I did not vote for Obama, which doesn’t mean that i was excited to vote for McCain.

I just want to say that my prayers and loyalty go towards President Obama. It has emotionally moved me to see the first black president during my lifetime. What an awesome accomplishment! I didn’t grow up in a racist, segregated era, so it’s hard for invision how racially divided America was back in the day. Not that i think black and white will ever get over skin color, because of our human nature, but it’s tremendous to see where we have come.

Although, i do not agree with many of Obama’s social, and economic plans, i believe that he will bring different positives to the United States of America. I am excited to see what is to come during his presidency in the U.S. My prayers go to Obama and his administration. May the word of God by his lamp, and the Spirit be his guide.