You are here: Home / Tithing / 5 Roadblocks to the Tithing Truth 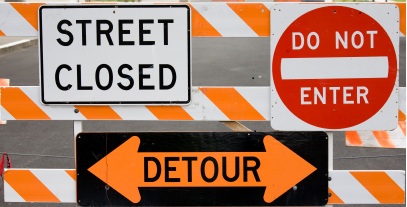 Through the years of debating and writing about tithing, I’ve come across many people that seem to be almost persuaded about the truth of tithing. But there’s always one or two things that hold them back. So what is it about tithing that neutralizes scriptural truth and keeps them from switching teams? These reasons could be roadblocks to accepting the truth from anything. Maybe you thought the color of the sky was actually red until someone told you it was actually blue. What emotions did you experience that could have stopped you from believing the truth? Here are 5 reasons why it is so hard to let go of the tithing practice.

Tithing’s simplistic nature seems to be an impossible formula to miscalculate. I mean, how hard is it to figure out 10%? Tithing’s simplicity is a strong reason why many are hesitant to let go of its practice. As a side note, I don’t believe that tithing actually is simple. Too many questions about tithing on the gross vs net, or tithing on retirement accounts, gift cards, bonuses, birthday presents . . .etc, etc, etc (you get the point).

Since most of us rely on church practices to dictate our beliefs, our faith lies in what the church has practiced over the last couple of centuries, rather than relying on scripture.

So many of our friends and family still tithe. Our pastor tithes. All the deacons and elders tithe. All the ushers tithe. Even our Sunday school teacher tithes. What would everyone think if you told them you didn’t believe in tithing? I didn’t want anyone to think that I’m a backsliding Christian. It’s only human not to want to be judged about your faith.

I struggled with being wrong about my stance for a long time. What if there’s something I was missing? What if I was totally wrong about tithing? I’m human, so more than likely I fouled up somewhere in my analysis. This is probably true, but there are so many others out there that have got our backs.

Their whole lives they’ve been tithers, so how do you change the stripes on a zebra? More than likely we have never experienced what true, new covenant giving should be like. We’ve been tamed and trained as a circus lion our whole lives, and we couldn’t operate in a jungle if our lives depended on it.

Once we stop tithing, we just stand there with our pants down, nibbling on our fingernails. So ultimately many of us just go back to tithing because we don’t know how to operate once we’re released in the jungle and given our spirit-led freedom.

I remember my very first response when I first heard that tithing was not biblical for the Church. I immediately defended tithing and I defended those who taught me tithing. There’s just no way I could be wrong. At that moment, I felt I knew scripture like the back of my hand. I was definitely right, and the other person who questioned tithing was definitely wrong. So of course, with my pride at full steam, I scoured the scriptures to prove my adversary wrong.

Boy, was I in for a rude awakening, and my pride was hurt when i had to concede that I was wrong. I tell you that once I found the truth about tithing, I looked at what I knew with a whole different light. I had an open mind about anything I thought was true. I began looking everything up in the bible. I never ever trusted my instinct again. I began to listen to theories other than my own. Luckily I actually studied scriptures rather than let pride take my stand for me.

How did I come up with this list of 5 roadblocks to tithing? Well, these feelings are what I felt when I was contemplating the truth about tithing. I have had to come face to face with each of these emotions. I had to confront each one of them in order to fully believe the truth behind tithing.