You are here: Home / Tithing & Giving / Pastor Posts Non-Tithers on Bulletin Board 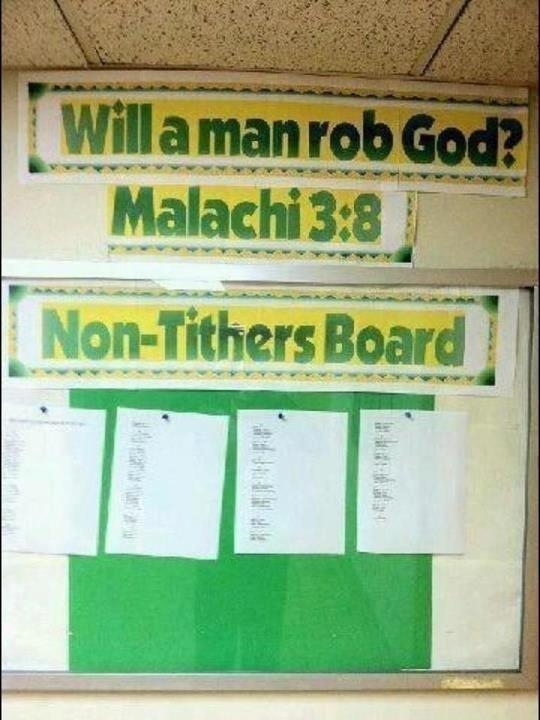