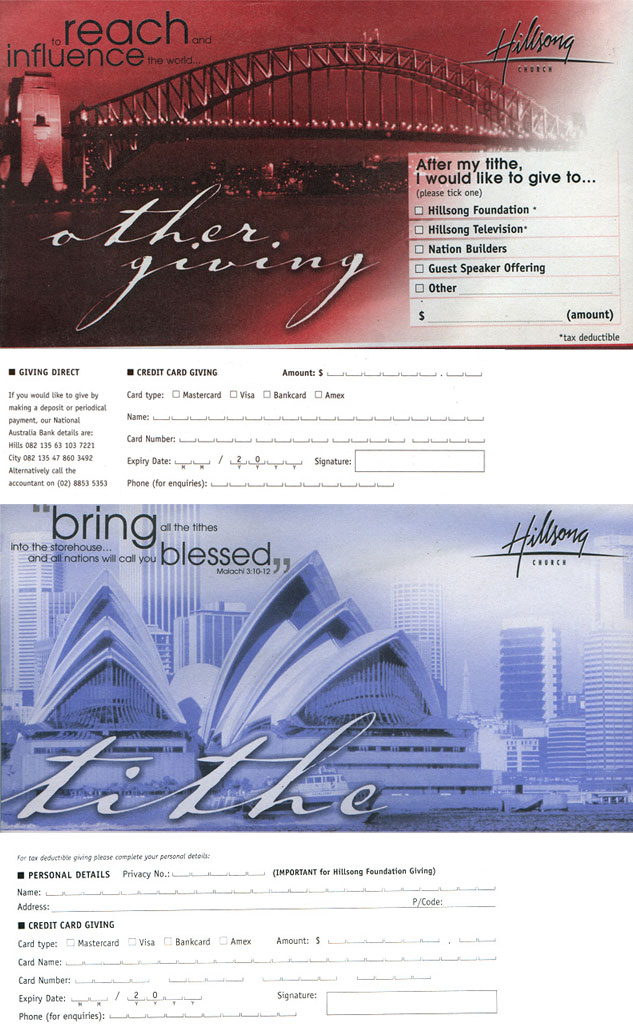 There are two main elements to a tithing envelope. The first is the verse. Typically the verse is Proverbs 3:9 or Malachi 3:8-10. Sometimes the envelope has 1 Corinthians 16:2, but many churches don’t put that on there, because that eludes to freewill giving instead of tithing. The second element to tithing envelopes is the informational part. This is usually your name, address, date, and amount of gift. More detailed and complex tithing envelopes have check boxes that you can designate your gift to. Other tithing envelopes have a place where you can fill in your credit card information.