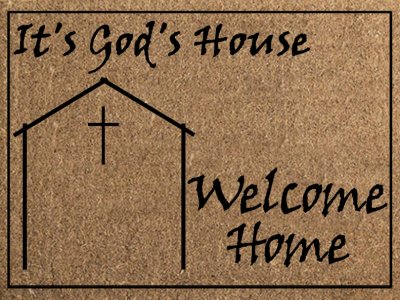 A recent study by Barna, the leading Christian research and statistics organization, has found that “House Churches Are More Satisfying to Attenders Than Are Conventional Churches”. While on the other hand, the satisfaction of conventional churches staggers. There are many effects this movement has on conventional churches, but of course, since this is a tithe and offering blog, we’ll touch on the finances. According to Barna, many of the house Church attendees are donating to ministries that may not be given to conventional churches. These funds typically get directed to some sort of mission-minded organization that helps the poor or evangelizes. This puts pressure on conventional churches that have betted on the future attendance of their congregation. The house church movement continues to grow, and why not? If these statistics are accurate and that many more people are satisfied with the operation of their house church, why attend or put your money into something that you are not as satisfied with?

I think the key to satisfaction within your church is involvement. The more you are involved the more it becomes a calling. One of the things that Baptist Churches are known for, is their business meetings. They usually have the congregation sit together and vote on budgeting, support, and maybe some new carpet. This is one of the reasons why Baptists are the strongest supporters of the doctrine of tithing. Here’s why. If the congregation is involved with decisions during these business meetings, on where their tithe and offerings could be directed, then they will be less likely to question further use of it, because of the complacency in their own decision. We are all guilty of this passiveness in one way or another. Take political voting for instance. The party that we’ve voted for, is the party that we tend to overlook questions about. Can you see how participation and direct involvement in any ministry naturally leads to greater satisfaction? Outside of the financial input, where I think conventional churches have taken the wrong turn is in the shortcuts. Many people attend these mass services but walk out un-involved. You can’t expect the pastoral staff to be totally responsible for this, nor can you put all the blame on the members attending. Cell groups, life groups, and small groups help, but all the advertising and money is put into the mass, Sunday service. Sunday service is not where most of the merchandise is sold. It’s sold during the weekday in smaller fellowships. When selling a product, mass-mailing is the shortcut form of advertising. So, if people receive the advertising of the conventional church, and find the best merchandise is in the house church, then that’s where their money is going. Even though most of the advertising dollars go into the conventional church.

Conventional churches are going to have to find more effective ways to get everyone involved and participating. I don’t know what the answer is. Maybe it’s taking offering in the small groups and using that exclusively for outreach or other funds in the larger church. Whatever it may be, the first place they’ll begin to notice it, is in their pocket, and that’s where it’ll get their attention.