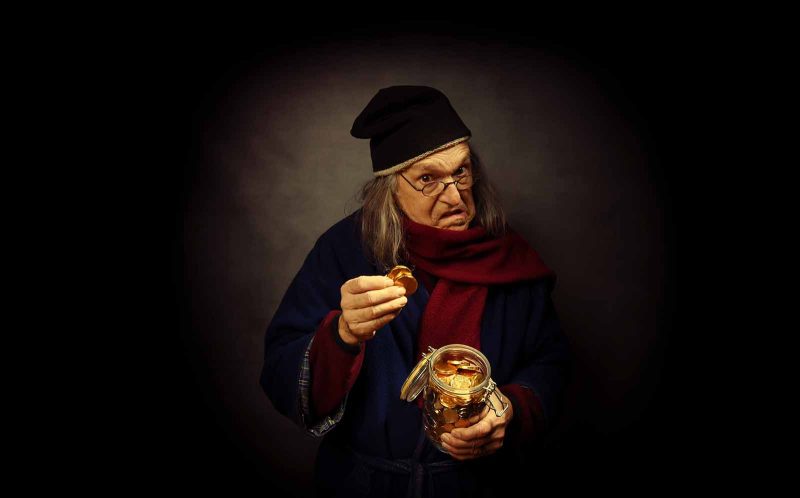 Bah Humbug! Tis not true, you say. Jacob Marley tried to warn you that being a tithing scrooge is going to haunt you. If you change your ways it won’t be too late. Prepare to heed the advice ahead.

I’m sure you’re surprised to hear that tithing is cheap. Christians give an average of 2-3% of their income, so why would giving 10% be cheap? There are a few reasons.

Our heart is more valuable

Our heart is more valuable but instead, we give our worthless money. Money is worth nothing to God. Please don’t scramble for excuses or bible verses. Psalms 51 states, “You do not delight in sacrifice, or I would bring it; you do not take pleasure in burnt offerings. My sacrifice, O God, is a broken spirit; a broken and contrite heart you, God, will not despise.”

As humans, we need money to do what God has called us to, but we shouldn’t mix up our priorities. Heart first, then comes the actions. I know plenty of people willing to give money but don’t put a minute into serving. The opposite is true as well. Throwing money at God as if you are paying your taxes insults him. Give him the one thing he actually has relinquished ownership over to you; It’s not money, it’s your heart.

Some give less than they are able

Giving less than you are able robs God. Making millions of dollars only to hoard your wealth creates a poor steward. As long as the rich give their 10%, then they feel they are off the hook. Why would they give more than necessary?

J. C. Penney, John D. Rockefeller, Mr Colgate, & Mr Proctor were famously known for tithing on their wealth. Imagine being the 1% of the 1% while expecting all others to match your donation percentage. It’s a head-scratcher.

The lack of time, effort, and thought that we place into tithing is minimal. After receiving our paycheck, we move two decimal places in the amount, sign a check or click an online donate button. This thoughtless form of giving cheapens the effort of giving. We don’t want to spend the energy it takes to understand others’ needs through communication and prayer. We want to be lazy and cheap with our time and make a convenient drop-off for God.

It hurts the poor

We’re going to make the poor pay tithes. Really? In the Old Testament, the poor received tithes – they didn’t pay them. We rob widows’ houses through our enforced tithing and show we have very little concern for their welfare.

I have read countless tithing testimonies of people that have been burned and rejected by tithing; whether they were expecting returns on their giving or whether it put them into poverty.

Scripture tells us that where the spirit of the Lord is there is freedom. Slavery is mean. Like, duh! We don’t need to be shackled by the burdens of laws that were meant for a different people under a different time. The spirit of God should be leading and guiding us to the truth, but we bind heavy burdens upon the people of God.

The world thinks God is stingy

What kind of God forces his people to give a minimum amount? Compulsive love is an oxymoron, which means that compulsive giving and love are not cousins either. I love my wife and kids so it would counterintuitive to prove my love through mandated giving requirements. Freewill love is what separates Christians from other worshippers. What kind of God makes eternal life free for you, but to live your life on earth, pay a 10% tax?

Tithing is the Ghost of Christmas Past

Some of us are living in the past. I mean the Old Testament past. The law in the Old Covenant required Israel to give 10% of their food from within the land of Israel.

The past offers false comfort

To some of us, we find solace in the ghost of tithing past because there were rules and laws that could guide our every step. We like this safety net and the comfort of strict standards because we are human beings that find peace with tangible goals.

Abraham did tithe before the Mosaic law, but not because it was required. We know this because his son Jacob turned it into a requirement through his vow to God to tithe upon all that he would give him through the patriarchal promise. Jacob’s promise set in motion a law that his children and nation of Israel would have to obey.

The past is complicated

If you think we should tithe as the Israelites did, then be my guest. The entire tithing law was complicated and convoluted at best. It’s practically impossible to practice tithing correctly today. There were rules and stipulations to tithing that God expected Israel to follow.

Tithing sounds good and starts out looking like a good thing but quickly escalates to a full-blown nightmare.

The law brings a curse

The scripture says, “For all who rely on the works of the law are under a curse.” Just like Scrooge cursing his life with the scourge of greed, many Christians have put a curse on their life through their attempts to implement monetary tithing. I do agree that God can bless both a freewill giver and a tither since God blesses people on the amount of their faith, but we cannot ignore the promise of what happens when we rely on tangible benchmarks that act like the law.

It causes unnecessary shame and guilt

If you gave 9.9% of your income I hate to break it to you but the devour is coming after you because you didn’t give that .01% extra. Now you must go through the entire week looking over your shoulder waiting to see if a piano is going to fall out of the sky onto your head.

Wake up from the dream. The worst does not have to happen. The ghost of Christmas future does not need to come to fruition. God replaced the tithing law with the law of his Spirit in the New Testament. We should be listening and honing into what God wants us to give through prayer, reading, and fellowship with others.

God loves a cheerful giver so we should give freely and cheerfully. Just because the legalistic form of giving is for scrooges, this doesn’t mean that giving and generosity are for scrooges. Spirit-led generosity is for those who have awakened from their nightmare and realized the blessings they have in life. Generosity is for born-again scrooges who are looking for a second chance, so be a born-again scrooge.

God’s word is true when it says the giver is more blessed than the receiver. Get in the right spirit and be cheerful and generous this Christmas season.

See our other posts in this series: