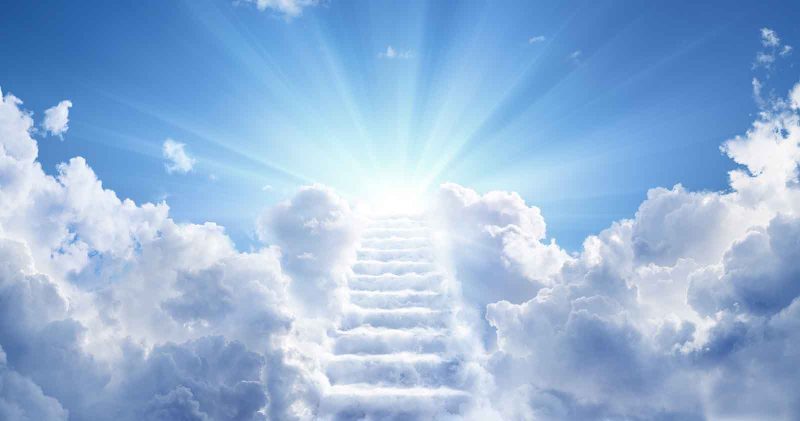 This is part one of a two-part series. After reading this article, please continue reading “Jacob’s Tithing VowPart 2“.

I know there is a majority who disagree with what I’m about to say. Even some of those who also believe that tithing is not required will disagree with me about this.

Immediately after Jacob deceives Esau out of his birthright, Jacob has a dream commonly referred as “Jacob’s ladder”. After he awakens Jacob makes a vow to God and is accused of deceptively bargaining with God. But, I do not believe that Jacob’s tithing vow in Genesis 28 was deceptive or manipulative. I will show you how unclear translation and preconceived notions about Jacob have implanted wrong assumptions. Before I run through my analysis, let’s quickly overview the scenario leading up to the events of Jacob’s vow:

In Genesis, Jacob deceived Esau and Isaac into giving Esau’s birthright to Jacob. He took advantage of a starving brother and a father who could not see. After he tricks his father into giving him Esau’s birthright, Jacob quickly runs away to avoid the calamity that would follow once his scheme was found out. After traveling, he found a resting place to sleep. During his sleep, Jacob had a dream in which God promised him multiple blessings. After the dream, Jacob wakes up, renames this place “Bethel” and makes this vow to God – “If God will be with me and will watch over me on this journey I am taking and will give me food to eat and clothes to wear so that I return safely to my father’s household, then the Lord will be my God and this stone that I have set up as a pillar will be God’s house, and of all that you give me I will give you a tenth.“

First, I believe that many translations of Genesis 28 interpret Jacob’s vow unclearly. Here’s what the NKJV states, “Then Jacob made a vow, saying, ‘If God will be with me, and keep me in this way that I am going, and give me bread to eat and clothing to put on, so that I come back to my father’s house in peace…’“

I believe the unclear translation comes with one simple little word in that passage – “If“. Let’s reword that passage and use a more clear translation of what I (IMHO) believe it should say. “And Jacob vowed a vow, saying, since God will be with me, and will keep me in this way that I go, and will give me bread to eat, and raiment to put on, so that I come again to my father’s house in peace“.

God just made these promises to Jacob in the dream:

Jacob did not lay these demands down. God stated them and promised them to Jacob. Saying “If” is not a matter of question or doubt of Jacob, it was a matter of confirmation. We can confirm and compare my assumption with other passages:

Do you really question If God loves us or If God is for us? Paul, Peter, and John are not making demands from God here. We know that what they mean is “since” God loves. Let’s not just take my word for it. Here are some others who agree:

Young’s Literal Translation states the beginning of Genesis 28:20 as this, “And Jacob voweth a vow, saying, `Seeing God is with me, and hath kept me in this way which I am going…”

Warren W. Wiersbe in his Old Testament bible commentary states, “The ‘If’ found in many translations of verse 20 can also be read ‘since.‘ Jacob wasn’t making a bargain with God. He was affirming his faith in God”

In “Exploring Genesis: An Expository Commentary” by John Phillips it states, “And Jacob vowed a vow saying, If God will be with me [or better, ‘since God will be with me’; he is not using the language of uncertainty, but of assurance]”.

“Jamieson, Fausset & Brown” states, “Jacob vowed a vow–His words are not to be considered as implying a doubt, far less as stating the condition or terms on which he would dedicate himself to God. Let “if” be changed into “since,” and the language will appear a proper expression of Jacob’s faith–an evidence of his having truly embraced the promise.”

Although Adam Clarke’s commentary does not change the terminology of the passage he does state, “This mode of interpretation removes that appearance of self-interest which almost any other view of the subject presents. Jacob had certainly, long ere this, taken Jehovah for his God;”

As a final example, Matthew Henry confirms this meaning by rephrasing Jacob’s words this way, “Seeing God will be with me, and will keep me…and seeing he has promised to bring me again to this land”.

Jacob didn’t add any amendments to God’s existing promise, so where do we find that Jacob makes any bargain? Let me give you an example. If I told you today that I’m buying you a brand new car, would you wake up the next day and try to deceive me into buying you a new car? I would probably ask if you are ok and if you hit your head too hard. It wasn’t Jacob that drafted the terms of God’s promises. Jacob’s response was telling God – “since you are doing that, then I will do this”.

Was Jacob Being Deceptive?

The other assumption is that Jacob was being deceptive in his vow. Yes, I believe that Jacob was deceptive at times; but there is no indication that deception was in his heart at that time. As a matter of fact, scripture says quite the opposite. Once Jacob awoke from his dream the bible says he was experiencing fear – “Surely the LORD is in this place; and I knew [it] not. And he was afraid, and said, How dreadful [is] this place! this [is] none other but the house of God“

Another situation that clouds our assumptions is that many correlate Jacob’s vow with Jepthah’s careless vow in Judges 11 where he promises God, “If you give the Ammonites into my hands,  whatever comes out of the door of my house to meet me when I return in triumph from the Ammonites will be the LORD’s, and I will sacrifice it as a burnt offering.”

Jepthah’s vow was made out of uncertainty and not of assurance. It was foolish, and he thought he could use a token from his possessions to persuade God to give him victory. Jacob’s vow was not used as a bargaining chip in this way. God already made a covenant with Jacob, and Jacob honored God back. Jepthah had not received the promise of victory yet, so he created a bargaining chip with God.

Similarly to Jepthah, you can also read about the story of Hannah in 1 Samuel 1 when she promised to God that she would dedicate her son as a Nazarite if he would only give her one.

Jacob made three promises in his vow:

Jacob immediately named that place “bethel”, fulfilling one-third of his vow. Seven chapters later in chapter 35, he commands his family put away the strange gods, therefore affirming that the LORD was his God and fulfilling two-thirds of his vow. The truth is that a majority of Jacob’s vow was just fulfilled without God completing a single one of his promises. Does this seem like a man who is of doubt, or demanded God do ABC before he did XYZ?

Jacob didn’t fulfill the final third of his vow, and that was because he couldn’t. God stated, “the land on which you lie I will GIVE to you and your descendants”, so once you look at what Jacob promised, “of all that you GIVE me, I will surely give a tenth unto thee“; you find that Jacob had promised to tithe off of what he received from the promised land. It’s kind of hard to give a tithe of the promised land when you haven’t inherited it yet. For all intense and purposes, Jacob fulfilled his end of the bargain fairly quickly.

Many people disagree with me about this issue, but there’s no scripture to back up the claim that Jacob was bargaining or being deceptive with God. As I stated above, scripture is clear in saying Jacob had fear in his heart, not deception. Second, these demands did not originate from Jacob, they came from God. Third, the word “if” is unclear in many other passages in many bible translations. Fourth, Jacob immediately fulfilled his vow.

I hope this helps some of you. I don’t want to just throw out my opinion here so that’s why I compared this translation with other scriptures and used scriptures to also determine the attitude that Jacob had in his heart at the time.

NEXT > PART 2: Please continue to read the second part of this study titled, Jacob’s Tithing Vow. This next article will help you grasp a deeper understanding of the vow of Jacob.