Home / Articles / Stewardship & Finances / I am Your Portion and Your Inheritance 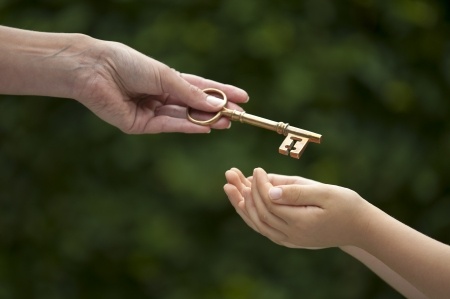 “The Lord said to Aaron: “You shall have no inheritance in their land, nor shall you have any portion among them; I am your portion and your inheritance among the children of Israel.”

“And He will love you and bless you and multiply you; He will also bless the fruit of your womb and the fruit of your land, your grain and your new wine and your oil, the increase of your cattle and the offspring of your flock, in the land of which He swore to your fathers to give you.”

With their livelihood at stake, pastors say that God requires us to give a tithe, but they ask burdens to be born that they themselves do not bear. The burden mentioned here isn’t talking about the specific law, because in Matthew 23 the Pharisees performed everything to the “t” in the law. So what is this contemporary burden I am writing about? It is that Pastors ask for faith beyond the wallets of their congregation, but there is not the same faith on the receiving side. The argument is that the Levites earned their living by the letter of the law, why can’t pastors do that? That question is answered in the statement, those who preach from the gospel should live by the gospel.

The preaching and living cycle begins with Israel giving and having faith in God as their increase. The ending of the cycle, is the Levites receiving, and practicing faith in God as their inheritance. This is why those who serve at the altar partake of the offerings of the altar. So, why are congregations required to give according to ceremonial law and rely on God for our increase but leaders receive according to the ceremonial law, but take an inheritance from among the children, contrary to ceremonial law. The Levites’ test in faith wasn’t the worry of receiving food from Israel, but their test in faith came from not receiving a land inheritance and portion among Israel. It’s the NT saints pictured as Royal Priests that haven’t received our eternal inheritance yet.

Here’s the challenge. Stop demanding tithe and offerings and tell the congregation “there is no required amount, but ask the spirit how much to give”. We’ll see which type of giving takes greater faith for both sides. I’d say the more faith we need, the more right it probably is. Because it’s the circumstance that pastors/congregation can least likely put his fingers on that God will bless the most. Interesting to see that the teachers receiving the tithe don’t have to exercise the same faith as others giving the tithe.

It’s also interesting to see that the missionaries that do so much leg work, are the leaders most required to live on spirit-led giving, but inside America’s homegrown churches, the church staff demands a tithe.