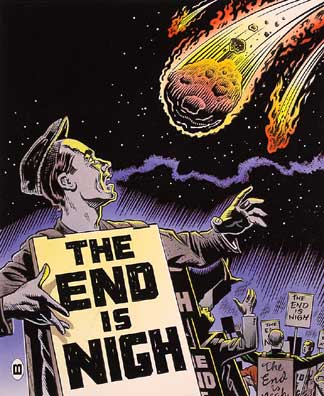 Since 2008, nearly 200 religious facilities have been foreclosed on by banks, up from eight during the previous two years and virtually none in the decade before that, according to real-estate services firm CoStar Group, Inc.

Truthfully, I was shocked to hear it was only 200, but then again I was shocked to also hear that just a decade ago nearly no facilities had been foreclosed and it grew to 200. I wonder what percentage of these organizations that had closed down preach some form of the health/wealth gospel? I guess the health wealth gospel came to mind when i heard the pastor that  was interviewed, say they were successful in everything except they couldn’t pay their mortgage. If they aren’t part of the prosperity gospel, I wonder how many of them fall into the charismatic/pentecostal category?  Ooops! Am I stereotyping?

Pastors Rich and Lindy Oliver decided their Family Christian Center needed more space after their congregation rose from a few hundred in the early 1990s to 650 by 2002. The church borrowed $4.2 million and began building a new 1,000-person sanctuary on 11 acres in Orangevale, Calif., including classrooms and a space for adult learning.

But when housing prices across California began tumbling in 2006, followed by a surge in unemployment and foreclosures, many congregants moved away, and those who were left reduced their tithing sharply. Meanwhile, the property, valued at $8.5 million in 2002 was appraised at just $2.5 million in 2008.

I really do feel for those involved in these situations since it is a huge burden to bear, but i believe that the Church as a whole in America needs this. As I said before, I’m shocked that it’s not worse than 200. It’s probably not worse than it is because there are still too many sheeple out there keeping many of the prosperity pimps in business with large, frequent donations.

Too many are still memorized by the charisma of the prosperity pimp and our greed to turn our seed into a money tree.