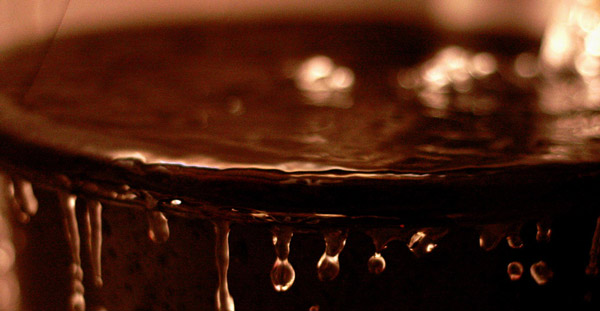 Frankly, it’s tiring to hear this verse being used, abused, misused, and misinterpreted. When most people use this verse to defend tithing they have no clue what that verse means. When people point to that verse, their purpose is to say, “Look here! See . . . I told you that Jesus wasn’t throwing out the law; He was actually confirming it.”

I get all fidgety because ignorance requires a great measure of restraint. I just wanna shake them, slap them, and scream until my blood vessels are bulging from my eyeballs! Most use Matthew 5:17 to say that Jesus didn’t come to destroy tithing, Jesus fulfilled tithing. This is stated as if Jesus was trying to say that he wanted us to continue obeying all the laws just because he didn’t destroy them.

People only whip this verse out to defend some sort of biblical pet peeve of theirs. Would most people use this verse to defend their stance on stoning children, circumcision, or clean meats? Obviously not. Call it hypocrisy, or inconsistency; I don’t care. Just don’t classify their behavior as a clear, mental state.

Truthfully, I hate when arguments about tithing always whittle down to debates about obeying, defining, and fulfilling the law. I don’t claim to have it all figured out; but to me, if we’re still arguing about the law 2000 years later, we might as well pack our bags and leave the argument. It’s quite laborious and somewhat embarrassing to actually be in a conversation about what Jesus meant when he came to fulfill the law.

Did Jesus fulfill the law? Of course, he did. What did Jesus mean when he said, ‘fulfill’? Here’s a short synopsis of the definition of fulfill from blueletterbible.org

What part of the definition of fulfill makes a strong case to continue or confirm tithing? I seem to get the feel of termination from the words ‘complete’, ‘end’, and ‘accomplish’. I’ve used this analogy before, so I’ll use it again. Let’s say I gave you an empty bucket, and I wanted you to use it to gather rainwater. Once the bucket was full, could you continue to use it to gather more rainwater? You would either need to get a new bucket or empty that one out. Filling the bucket up wouldn’t abolish the purpose of that bucket, it would just abolish your reason to continue its use.

Romans 7:4 states, “My brethren, you also have become dead to the law through the body of Christ, that you may be married to another“

So, did Jesus fulfill the law?  I’m not saying I have it all figured out, but my final question to you is, which bucket are you still carrying around? The one that’s full or the one that needs to be filled?