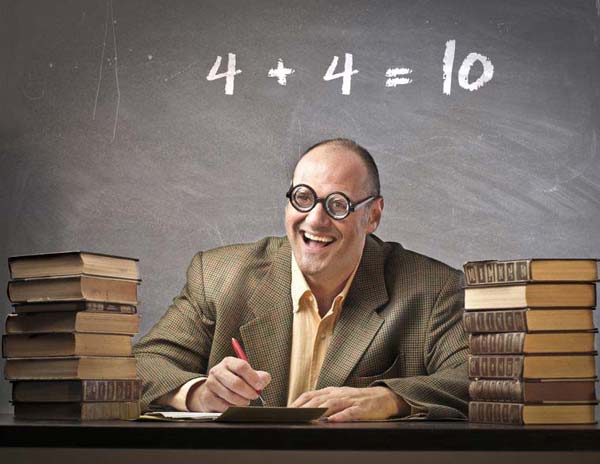 We already know that Tithing is for Pagans and it is also for Sissies, but the practice of Tithing is also for Dummies too. Hopefully, by the end of this enlightening article, I’ll take you to school to wisen you up and then you’ll finally realize that being a sacrificial, Spirit-led giver is much smarter than being a tither.

Some people view tithing’s no-brainer as a positive thing: It’s simple, and straightforward with no gray lines. You would have to be stupid to mess tithing up. Sometimes simplicity can be attributed to wisdom, but God did not develop the concept of a tithe because he distrusted our capability to navigate through more complex matters.

The minute that dictators see people think for themselves is when they get nervous. Mass brainwashing is imperative if you seek control over the finances of a group of people. Sheep are stupid and so are people, so pulpit preachers relish the idea of basic, straightforward instruction to command the people to perform. No questions are usually asked about what to give, where to give, and who to give it to; so this ‘no brainer’ mentality is extremely convenient.

The first is that leaders desire to control more than they desire faith. Those who give, are exercising faith because their finances are tested due to the strain on their budgets; but the leaders, the ones who set the examples, are the beneficiaries of a law requiring a minimum 10%. This was a fine law in the Old Testament because the ministers (Levites) were under the restrictions of the Law as well. They were equal participants with the legalities of tithing because they could not own land, nor have an occupation. By law, they were required to serve in the office of a Levite. Levites never felt led by the Holy Spirit to start a ministry since the law required them to serve regardless. Naturally, the same code of laws that the Levites were assigned to serve, were the same laws that the Israelites were assigned to provide. Today we’ve implemented a hybrid system of Old Testament laws that are imposed on God’s children, but that is not imposed on the leaders. This is bad for our leadership.

Have you ever had a conversation with a dummy? I’m not talking about a real person. I’m talking about a doll or manikin that is controlled by someone. Unless you are sitting in a psyche ward reading this, then I’m sure your answer is – No. U can’t have a conversation with a dummy because they are not living beings. They may appear living by their appearance or because they are being manipulated by another source but they are still dead objects.

Not only had the veil been torn and a line of communication established, but on top of that God also sent us his Spirit to guide us. He would guide us to serve, give, pray, worship, counsel, and teach. The law’s purpose to lead God’s people into worship had been fulfilled, and the purpose of the Holy Spirit guiding and directing the Church began. We no longer were puppets being dictated by the strings of the law; we became children of the master and walked side by side to help us understand his will in real time.

I’m not saying that tithers are dead or not born again. I’m saying that worshiping God through tithing is preventing them from communication with him and hindering a more intimate relationship. As I said before, dummies don’t communicate with their master because they don’t have the ability. We are given the ability, through the Holy Spirit, and the means, through the torn veil to communicate with God in the most ideal way; but here we are satisfied with worshiping God with the automated task of tithing. We’ve stitched back the two pieces of the torn veil because we’ve become scared to liberate generosity in the Church.