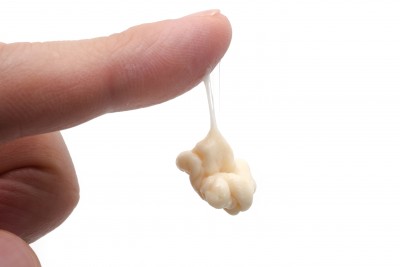 What do you see in the pew/chair in front of you at church, tithing envelopes, a bulletin, maybe a hymnal, or a pencil? Do you ever find chewed up gum stuck to a giving envelope all folded up? It’s usually from some teenager deciding to stash his used gum away for the next visitor interested in something to chew on if the Church service had no meat to the message. This ABC gum is much like how the older generation passes along their commitments and debt to the next.

While sitting in my church the other day, I looked in the pocket of the seat in front of me, and noticed what resources they had provided for a welcoming experience. in the pocket was not just a giving envelope, but also a commitment card. On it, was a list of optional gifts you could donate towards the building debt. The card was a help to those of us who could not figure out what types of personal assets you could withdrawal value from. It listed many ideas such as, donating money from retirement accounts, old cars, and so on. The only other thing in the pocket was a pen – no bible, no hymnal, no bulletin. I guess there is no bible because the pastor expects us not to forget our bible at home, but on the other hand the commitment card is there just in case we forgot our money at home.

I know this similar phrase is used many times in correlation with tithing, but giving is an obligation as well as an opportunity. (In order to fit an Old Testament law under the age of grace, tithers say it differently, in that tithing is opportunity not an obligation) There are so many burdens of church debts that hinders us from practicing our opportunity to give. It’s like a bottom-less pit that we must constantly dig in order to stay on top of the bills and collectors. I pity the grandparents who feel they have to extinguish their dying assets to the church, instead of leaving an inheritance for their children. Read Proverbs 13:22, “A good man leaves an inheritance to his children’s children”. Because of debt, our giving is over-burdened with obligation.

Instead of leaving wealth to the next generation, we are leaving them with church debt and describing it to them as an opportunity for their era. These older adults have filled out their commitment cards without realizing that they’ve placed the card right back into the newly renovated pew with their wad of debt attached. Throughout the years many give thousands upon thousands to fulfill a dream of an organization and forget that their family is standing there wanting an inheritance. This older generation is much like the younger teenager who leaves a commitment card with gum attached for the next person to chew on. Stop leaving the next generation with your dreams and commitments with debt attached.