You are here: Home / Books on Tithing / Holy Smoke Whatever Happened to Tithing 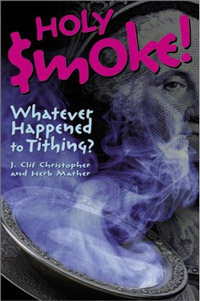