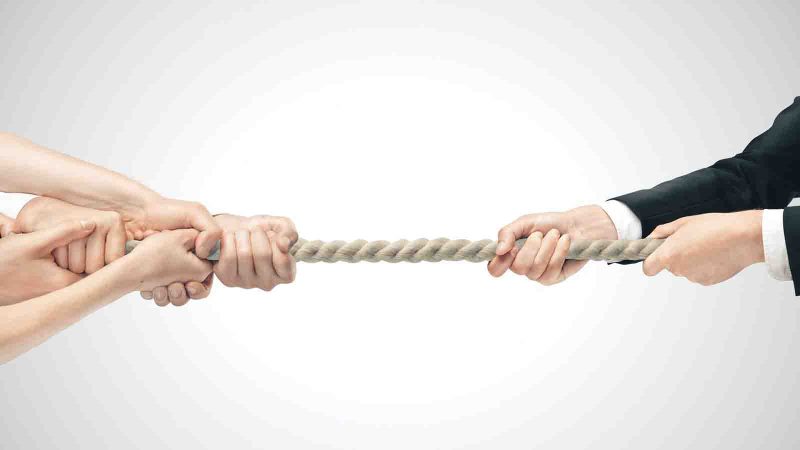 This question can be reworded to ask if it is important to debate any doctrine. Many people steer away from any debate, and I’m trying to find out if it is healthy to have this position in one’s life. The reason why I brought up this topic is that I recently confronted someone about a specific teaching he had about the tithing issue. Not to be arrogant, but my accusation torched his teaching.  Basically, he responded by saying, “I’d rather watch paint dry than ever debate anything”.

I guess this kind of bothers me that I just nailed that guy, and he won’t even concede just a little. I don’t know if I took it personally, or am just angered at his ignorance. One of my biggest flaws is that I have no patience for people, so being upset is not the right response on my end; but I still want to hear opinions about what others feel about debating. You are probably thinking in your head that I’m a little late on this question considering I’ve been debating tithing on this blog for three-and-a-half years. Well, maybe I’ve been doing it wrong. Maybe I need another approach? I’m gonna throw out some verses in the bible that talk about debating(NKJV). I highlighted a few keywords in each verse. I want to hear what your comments are about this.

2 Corinthians 12:20
For I fear lest, when I come, I shall not find you such as I wish, and that I shall be found by you such as you do not wish; lest there be contentions, jealousies, outbursts of wrath, selfish ambitions, backbitings, whisperings, conceits, tumults;

1 Peter 3:15-16
But sanctify the Lord God in your hearts, and always be ready to give a defense to everyone who asks you a reason for the hope that is in you, with meekness and fear; having a good conscience, that when they defame you as evildoers, those who revile your good conduct in Christ may be ashamed.

Acts 17:16,17
Now while Paul waited for them at Athens, his spirit was provoked within him when he saw that the city was given over to idols. Therefore he reasoned in the synagogue with the Jews and with the Gentile worshipers, and in the marketplace daily with those who happened to be there.

1 Timothy 6:3-5
If anyone teaches otherwise and does not consent to wholesome words, even the words of our Lord Jesus Christ, and to the doctrine which accords with godliness, he is proud, knowing nothing, but is obsessed with disputes and arguments over words, from which come envy, strife, reviling, evil suspicions, useless wranglings of men of corrupt minds and destitute of the truth, who suppose that godliness is a means of gain. From such withdraw yourself.

Acts 15:7
Now the apostles and elders came together to consider this matter. And when there had been much dispute, Peter rose up and said to them: “Men and brethren, you know that a good while ago God chose among us, that by my mouth the Gentiles should hear the word of the gospel and believe.

2 Timothy 2:14-17
Remind them of these things, charging them before the Lord not to strive about words to no profit, to the ruin of the hearers. Be diligent to present yourself approved to God, a worker who does not need to be ashamed, rightly dividing the word of truth. But shun profane and idle babblings, for they will increase to more ungodliness. And their message will spread like cancer.

2 Timothy 2:23-26
But avoid foolish and ignorant disputes, knowing that they generate strife. And a servant of the Lord must not quarrel but be gentle to all, able to teach, patient, in humility correcting those who are in opposition, if God perhaps will grant them repentance, so that they may know the truth, and that they may come to their senses and escape the snare of the devil, having been taken captive by him to do his will.

Proverbs 25:9
Debate your case with your neighbor, And do not disclose the secret to another;

What say ye? Is there a Godly approach to debating?