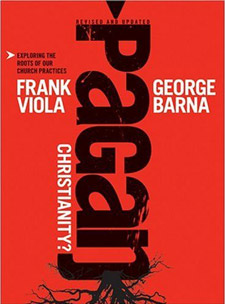 Finally, I feel like I have a moment to write about the chapter on tithing in Pagan Christianity by George Barna & Frank Viola. I loved this book. I couldn’t put it down. If I had the time, I would have read it from front cover to back cover in one sitting- all 275 pages. There are many people out there that are against tithing, but not as many understand the spiritual, as well as functional discrepancies that tithing creates within the church. Frank Viola understands the discrepancies and portrays them in this book very well.