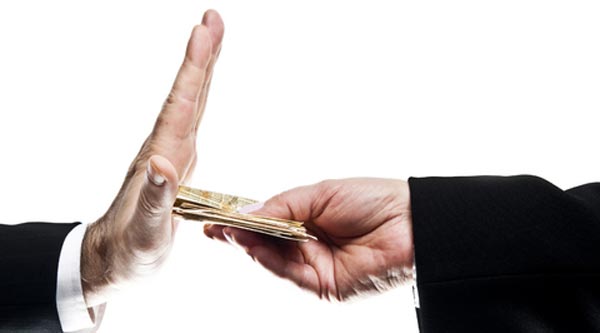 Most evangelical leaders encourage their church members to tithe, yet most don’t believe the Bible requires it of Christians, according to survey results released today.

Tithing, giving at least 10 percent of one’s income to church, was the subject of the monthly poll of directors of the National Association of Evangelicals, which includes leaders of churches, denominations, missions, universities and publishing houses. Source

I could give you numerous quotes from renowned authors such as Larry Burkett and R.T. Kendall that have stated that tithing is not required in a legalistic sense, but that it should be given of freewill out of grace. I wish i could explain how you can get your mind around that paradox, but the authors can’t explain what they are saying either.

2. Support for tithing is Short & Sweet

Deep in their heart, most tithe teachers cannot explain how tithing fits into the new covenant structure. For this reason, you don’t see many books in support of tithing out there. Even the ones that are available, the support for tithing only covers a chapter or two. With the amount of emphasis on tithing from the pulpits each week, you’d think there would be volumes of research and data reinforcing the tithe. But that’s just it – you only hear short, 45-minute sermons each week about tithing.

The short sermons you hear each week on tithing is effective enough to persuade an audience about the guilt for not tithing without having enough time for hermeneutics or exegesis. In all honesty (without exaggeration), I could fill in a whole days worth of speaking about the scriptural proof against tithing (not that i’ve done it). On the flip-side, it’s rare to find an individual to fill more than two chapters in a book, or one hour sermon for proof of tithing.

3. Very Few Tithe Supporters are Willing to Debate this

I can’t count the number of comments that i’ve made on other blogs that have been removed. If a pro-tither cannot approve one comment opposing their view, then good luck trying to get in any rational discussion with them anywhere.

Even if i can engage in a debate with a pro tither, the discussion quickly evolves into an assault on my character since it’s easier to attack my humanity than it is to attack scripture.

I believe there is some reservation in everyone’s heart that teaches tithing. When i had believed in the requirement of tithing, there was something in my heart that aroused questions, but i always put them in the back of my mind. I believe that many leaders know it doesn’t quite fit, but the Church is extremely dependent on its weekly fix. That’s why i call it the crack tithing addiction.

What do you think about this survey? Were you surprised? Why/Why not?