You are here: Home / Tithing / Test Me in This Says the Lord 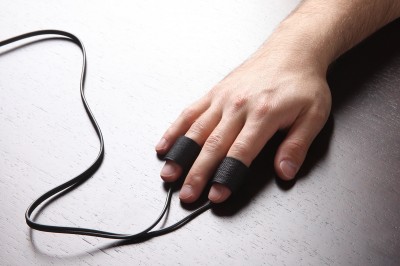 After a phone conversation with a commenter on this blog, I think it’s time to dissect Malachi 3:10

Bring all the tithes into the storehouse, That there may be food in My house, And try Me now in this,” Says the LORD of hosts, “If I will not open for you the windows of heaven And pour out for you such blessing That there will not be room enough to receive it.

There are some misconceptions about this verse that need to be clarified.

Misconception #1:  Malachi 3:10 Is the Tithing Test

If you read Malachi 3:10 correctly, there is no tithe challenge. Tithing had already been commanded and God was not trying to encourage or challenge the Israelites to do what He already expected them to do. He was not trying to pander to their ego either by making this some sort of thrilling dare. If you understand the passage correctly it reads – “Test Me in this, and see if I will not throw open the floodgates of heaven”.  Because God stated, “Test Me“, He was placing himself under scrutiny, not tithing. But, once again, our humanism has defaulted to making our good works as the focus in this passage instead of God’s works.

Misconception #2: This was the only time God allowed us to tempt God.

Our minds flashback to Matthew 4:7 when Jesus said, “It is written again, ‘You shall not tempt the LORD your God.'” Malachi 3:10 was not a once-in-a-lifetime, free pass to be mischievous in attempting to challenge God’s authority. Most of us are deceived into believing that tithing is the only time in the bible God is allowing us to tempt him. The truth is, God’s promises are put to the test every day. Relying on any of God’s promises is a test of faith, not a devilish temptation.

If I promised my children a $100 bill for a report card with all “A’s”, who would think it’s unique or astounding that I challenged them to test and see if my promise is true? No one would. The only reason why there are those putting so much emphasis on this occasion is that they are grasping at anything that makes tithing so extraordinary that it cannot be dismissed by something even as powerful as the cross, spiritual rebirth, or a new covenant.

Misconception #3: The Church is the Storehouse

This is a simple concept to grasp and yet so many experienced, learned theologians get this misconception wrong. Nonetheless, I will try to make it even easier for us all to understand. If a storehouse stores something, what exactly is the Church storing? Maybe. . . just maybe . . . the church isn’t a storehouse. Maybe . . . just maybe . . . Jesus tried to answer this question in Matthew 6:20 when he said, “Store up for yourselves treasures in heaven“. Another question you could ask yourself is where does your church store its offerings? I would venture to say that it’s where most people store their money – in a bank. There is no correlation between a storehouse and the Church anywhere in scripture.

Scripture is trying to correlate the storehouse with our eternal home where we store up treasures in heaven. On the other hand, most of us know that the temple correlates to our body as stated in 1 Corinthians 6:19 – do you not know that your body is the temple of the Holy Spirit?.

Misconception #4: Having Food in God’s House Means Having the Word of God

Yes, there are many verses that describe God’s word as water, honey, meat, and bread; but in this instance, God literally wanted  ‘food’ in the storehouse. The storehouse was not a place where God’s Word was read. It was a silo not a place of worship. There needed to be real food in the temple storehouse because of the physical needs of the priests and the poor. Since it was the priests and the poor who actually ate the meat in God’s house, is it fair to say that pastors and the poor are the only ones who get to hear the word of God today?

Still today it is true that there needs to be food in God’s house. The principle is that we need to take care of the needs of those serving and the poor. There is no correlation between the food in the temple storehouse with the word of God in the Church today. This interpretation should be taken literally not figuratively.