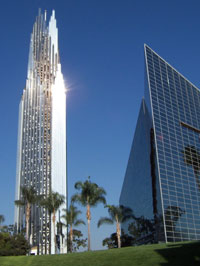 Here is a short preface before I start diving into tithing statistics. God said in Leviticus 27:30 – “the seed of the land and the fruit of the tree is holy to the Lord”. The significance of this passage is that carpenters, lawyers, bankers, blacksmiths, etc. did not tithe on their occupational income. If they grew personal crops, or raised 10 or more animals then, yes, they had to tithe on their agrarian increase. Other than that, they didn’t tithe.

According to tithing statistics from the Barna Research Group, an average of 5% of Christians tithe today (1). Before you draw any conclusions – according to the U.S. Department of Agriculture, in 2000 only 1.9% of the employed labor force worked in agriculture anyway (2 or 3). This means if we were Israel in Leviticus 27, only 1.9% of our employed population would be required to tithe.

Considering today that 5% of the American workforce actually tithe but less than 2% are employed in the agrarian labor force, I’d say we’re tithing about 3% more than we’re supposed to. I understand that Israel was an agrarian society back then, but the amount of food grown per person has not decreased. If anything, I would imagine we consume and grow more food than any culture has in history.

I know that the amount farmers have decreased today, but this shouldn’t matter because the overall production (food needed per person) hasn’t decreased. Although it shouldn’t matter that the number of farmers have decreased, let’s follow this to the full conclusion for hoots and giggles. The US Department of Agriculture states that the agricultural GDP (Gross Domestic Product) accounts for only 0.7% of the total GDP (3). This means that US citizens are producing 99% of their wealth through other occupations as carpenters, bankers, lawyers, etc.

If we base our tithe on the amount of overall increase of food, then our tithing average should be less than 1%! If we were trying to mimic Israel’s tithe in the bible, we would be tithing 4% more from our GDP income than we should be. According to the USDA.gov we output $81,600,000,000 in agricultural goods in 2010 (4). If my math serves me correctly, 10% of that is 8.1 billion dollars.

What I’m trying to say with these tithing statistics is that the Church today is actually receiving a higher percentage to operate God’s ministry than Israel had been. Put simply, Israel’s ministry operated on 10% of their agricultural increase, but we operate on four times that amount!

Giving statistics state In 2008, over 100 billion went towards houses of worship (5). We need to start asking ourselves why the Church leaders cry out for more tithing from the pulpit when it seems that we should be capable of operating on 17 billion instead of over 100 billion.

What are your thoughts?