You are here: Home / Stewardship / You Can’t Fake Giving 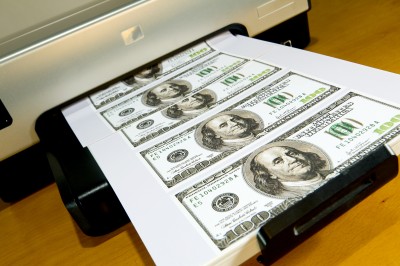 I’ve been reading a PDF document called, “A guide to New Testament Giving” by Jim McClarty and want to share a great quote from the e-book.

Do you want to know something I’ve learned from years in the ministry? I’ll tell you. People can fake any part of Christianity except giving. You can regularly attend services, bow and genuflect, participate in communion, be baptized, sing your heart out, work in the nursery, even serve on the board and never really embrace the genuine faith. Plenty of people do it. But giving – sacrificial giving, consistent giving, continual giving, not looking for anything in return except God’s glory and worth – you cannot fake that.

It is against our sinful nature to willingly part with our hard-earned
possessions.And, left to ourselves, that nature will curb our desire to give. We will
find excuses aplenty.

“The Church has enough money.”
“I don’t want the pastor to get rich.”
”You keep him humble, Lord, and we’ll keep him poor.”
“I don’t have much and I need what I have.”
“God understands that I don’t need to give in order to be spiritual.”

I’ve heard them all.
But, the reality is that we will only give consistently, continually and sacrificially if the Spirit of God is driving and inspiring us from within. The proof that the Spirit genuinely wields influence over a person is their willingness to joyfully use their material goods to joint-participate in a ministry. You cannot fake that.

What he’s saying is that anyone can develop the habits and standards that portray them as the cookie-cutter christian. But there’s something about giving from our wealth that really decides who is controlling a person from within.

Anyone who is under compulsion, has a form of obligation or fear influencing them. But a person who is not under compulsion, and gives willingly, cheerfully, and liberally  is motivated by grace. We need proof that the Holy Spirit is influencing somebody’s life; and we aren’t looking for proof that someone is under compulsion. Because if we suppress man’s freewill, than we run the risk of losing grace as the motive for giving. Unfortunately, it seems we aren’t concerned about the risk of losing grace. We’re just concerned about losing the tithe.

Neither the Mosaic law, nor Abraham’s tithe to Melchizedek were designed to instruct a born-again individual on where, when, and how much. It was the Spirit of God that was given to drive each individual to answer those questions. If I am wrong about this, i want you to ask two questions. First, ask any missionary if they received their guidance from the Holy Spirit on where and when they should serve? Secondly, ask yourself if you are guided by the same spirit to give? Notice the words in the quoted author from above – “joint-participate in ministry”.