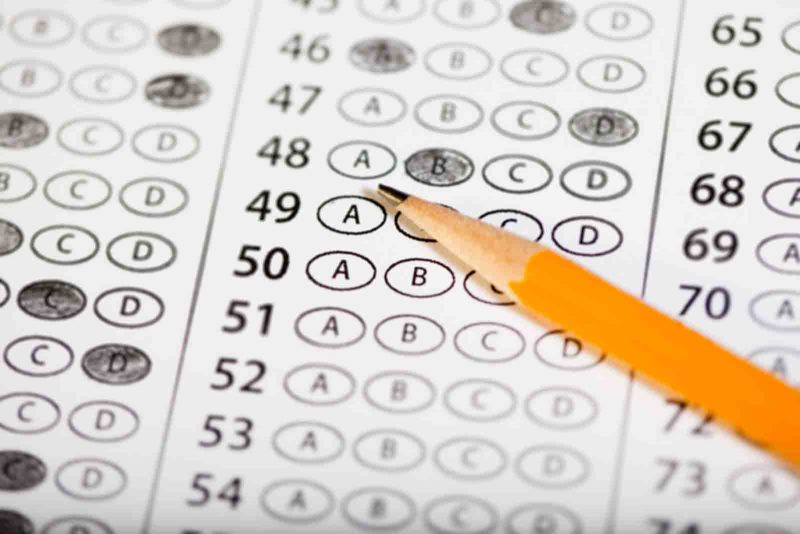 As a side note, I just want to say that i do not particularly agree with all of the answers to this test, but you should Take the Tithe Test anyways.

Is 10% of your gross income to be given to the local church for the rest of your life? What do you actually know about the Biblical teaching on the tithe? Well, here is your chance to find out! Below are twenty questions worth five points each. Normally, 60% would be a passing grade. But in this case, I want you to study this subject until you score 100% ! Why do I want this? Well, if your income averages $50K a year, after fifty years, you will have given a quarter of a million dollars to the local church. It does seem sensible to ask some questions about this – and know some answers. Actually, it is wrong for you to give 10% of your gross income to anybody without knowing for sure it is God’s will …100% sure. That’s why I want you to work on this until you are an A+ student!

So, … get your pen and paper and take this 3-minute test right now. Don’t cheat by looking at the answers. Go!

Now, before rushing down to grade yourself, let’s address one other little item. It seems reasonable to me that anyone who tells you God requires you to tithe – should be willing to answer a few questions (like … maybe twenty?). And if that person fails to score 60%, well, … where I grew up, that was an “F.” Should you be expected to yield to such “expertise?” But, even if expected … should you?

To calculate the score, count the number of correct answers and multiply by 5.

2. Moses. In Malachi, God was speaking and simply reiterated the commands in the Law.

3. It was kept in the local town. It was for the local Levite, alien, orphan, and widow.

5. There wasn’t one. There was not one on year fifty (Year of Jubilee) either.

6. He gave him 10% of the choicest spoils of a bunch of stuff he had no intention of keeping anyway. He gave nothing of his own possessions.

8. None. The tithe was never money.

9. The tithe of year one, two, four and five were shared by the tither with the Levite in a celebratory meal when the tithe was given. What was left over stayed with the Levite. In year three and six, it appears the tither deposited the whole amount in the local town without partaking of any of it.

10. There was no “group” to give it to of which we know. If your testee responds with, “God,” count that as a correct answer. The testee is still going to flunk.

11. God had to be with him, keep him on his journey, give him food to eat, give him garments to wear, and return him safely to his father’s house. At that point, God would be his God. The tenth came (we assume) twenty years later. It was a vow fulfillment.

12. After the Bill of Rights was adopted in the United States.

13. American Theologians in the Higher Criticism of Systematic Theology.

14. The loss of the church’s ability to tax citizens (The First Amendment in the Bill of Rights) caused a financial crisis in the church. That led to this “rediscovery.”

15. No. Family obligations are number one. There is no tithe for Christians anyway.

16. There aren’t any. Christians are not Jews under Law.

19. It was saved … most likely at home by each contributor.

20. There is no such thing as a parachurch ministry, and there is no tithe for the Christian either. All the assumptions in this question are nonsense.

These answers are correct.

The teaching that is going around today is not the Tithe of the Bible. In fact, this “new teaching” is totally foreign to the Bible. A legitimate Biblical word and teaching (tithe) has been hijacked – and applied it to this new concoction.

God does give clear directives for the use of your money. But that design is not found in this “new teaching.” This “tithe” teaching is actually extortion in the Name of the Lord Jesus Christ. But, it is not just the extortioner who will be held to account. The duped one is accountable too. It is ultimately our responsibility to learn God’s will for us – especially when it is written in black and white. And in this matter, “I have not spoken in secret, in some dark land” (Isa 45:19). God’s material on the tithe, and His priorities for our money, are clearly stated in the Bible – there for the reading.

So, how did you do? Are you comfortable with your current knowledge level on this matter?

Free, unique ebooks at http://www.freelygive-n.com/Free_Christian_Ebook_Home.html . Robin has a Master of Divinity – Emmanuel School of Religion, 1992.