Home / Articles / Tithing & Giving / We are Robbing God With Our Tithes 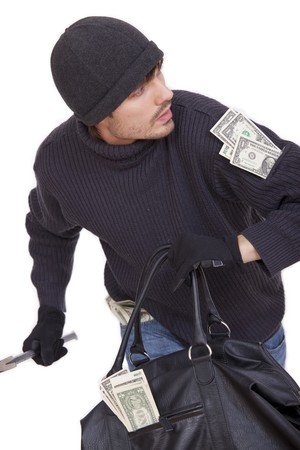 “Will a man rob God? But you say, ‘How Have we robbed you?’ In tithes and offerings”

I believe this verse is still true today, but not in the way that we might think. Tithing is robbing God of the sacrifice, willingness, and cheerfulness of our hearts. The check or money that you are handing God each week in God’s eyes may be as valuable as the paper itself.

Many who practice tithing are giving 11%. I know because I gave this way for many years and also because someone told me to give this way.  I gave the 10% requirement and an extra 1% calculation above the tithe to cover anything I missed or to show my willingness to go above and beyond. I just heard my own local church talk about how 11% of what comes into the church goes out. 11% is such a joke that it’s just a cliche. There have been spoofs about the 11% giver. I’m sure there are some who don’t see a problem with this, but now looking back, I am disappointed in my philosophy at that time.

If you are tithing today, you are robbing God. God does not want a mechanical heart that can mimic the statutes of the Old Testament. Any person, Christian or not, can offer a tenth to their supreme being. It does not take a revived heart to do so. Many religions require some sort of giving. Some pagan religions even require a tenth as Christians do.

Israel had Abraham, Jacob, and Moses as their examples of giving. We have Jesus as our example, and we keep our focus on the fathers and think that somehow their relevance is more superior than our savior’s. We look at Abraham and say, ‘but oh, look. Abraham gave a tithe before the law’; as if our guide to giving was fully settled before the cross, before Christ, and before Spiritual Baptism.

Malachi 3 goes on to say, “You are cursed with a curse because you are robbing me”. Additionally, the New Testament is clear that Christ redeemed us from the curse of the law (Galatians 3:13). So if tithing and the law both had curses why would Christ have redeemed us from the law but not of tithing?

God desires our willing hearts. He does not want an obligated giver. An obligated giver is worthless value to him. We are robbing God of something more precious than a tithe or offering. Our tithes are robbing God of the pleasure of our free sacrifice. Jesus’ sacrifice would not have worked if he were not first willing and also willing to give it all; so why would our sacrifice work if it was obligated and only demanded 10%?

I stopped robbing God years ago when I gave up tithing. Are you ready to stop robbing God?