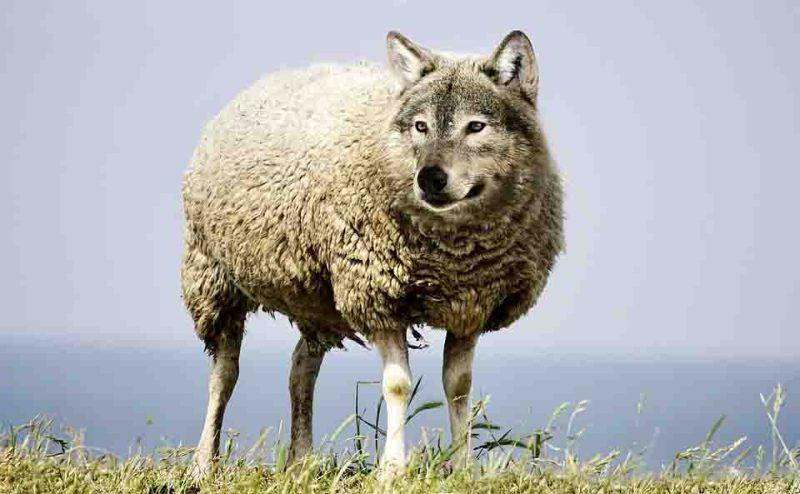 So everyone in Church has more money than you huh? Well, there’s only one way to get more for yourself. Convince others to give it to you. Here are 11 tricks you can use to convince God’s sheep to give you their money.

1. Be a Good Salesman

There is one thing for certain, you need to be a good salesman/woman. If you do not sound sincere about persuading your victims into giving, then people will not give as much. The fight for money is a war that you must win! Pick up a sales technique book. There are many tips and tricks that will help you hone your scandalous techniques.

2. Show Off Your Own Bling

The fact is, people want to see the truth in order to believe the truth. They don’t want to believe that giving makes you rich. They want to see it. So take this time to show off your bling. Perhaps you should wear diamond cufflets (if you don’t have any you can wear CZ’s). Or perhaps you can wear Armani suits and drive a Bentley. Perhaps you can fly a private jet. . . just make sure it’s in the Church’s name. Whatever it is, just make their eyes razzle and dazzle.

3. Pay for Actors to Give and Write Testimonies

People want to see examples of ordinary people who have a testimony of extraordinary things. Your audience will want to know that any Joe Schmoe can be blessed by giving. Just write some letters and come up with a good story. Start out by saying, “this letter is from Suzie Q. in Phoenix Arizona”. After all, nobody knows who Suzie Q is from Phoenix Arizona. People will want to see how another person in the same financial situation that they are in can afford to give so much. Make sure you praise yourself in this letter, because people will also want to see how joyful and cheerful these people are as well. The goal is to get your victims to want to be just like Suzie Q. from Phoenix Arizona.

Emotions play a large part in convincing people to give. People need a little more than logical reasoning to motivate them. This is where your acting skills come into play. When you are swindling money from people, you need to find your inner self. Think of something that would help you cry. Maybe the joy of being so rich will overwhelm you and bring tears to your eyes. Maybe the thought of not affording a new Rolex will bring tears to your eyes. Everyone has different ways that make them cry. I’ve even seen someone wipe onion juice on their mustache to help them cry. Whatever it is for you, you should do it.

Ah, yes. Money is the universal language. It breaks down all barriers. Just flash something gold or green in somebody’s face and you could turn a frown upside down without saying a word. In this case, you want to turn your frown upside down, so you need to convince people that giving to you really is a benefit for themselves. Learning how to tithe is like playing the lottery, but in God’s lottery, everyone is the winner. This is one of the best ways to convince others to give because they not only are convinced they will see more in return; they are also cheerful.

6. Have Poses of You Handing Out Food to Starving Kids with Bloated Bellies

People want to know that you have a heart, so we are going to have to do some Public Relations work here. You are going to have to take 1 week every year and get your hands dirty. I know it’s not fun, but it ensures that your pocket stays full. Make sure you keep a smile on your face because the cameras are rolling. Just think about all the money you can ask for just because you help starving children with bloated bellies and flies all around them. A wise old wolf once said, “If you touch people’s hearts, you will also touch their pocketbooks.”

7. Show a Slideshow of an Evangelism Rally in a 3rd World Country

As long as your victims know that people are getting saved because of your efforts then they will continue to give. This swindling technique is also one of the most effective. Each soul that you save (well actually, they are just pictures of some random person praying to God), is considered priceless. Who can put a price on someone’s soul? People will dig the deepest in their pocket just to have souls saved. Some might even empty their lifetime savings accounts. For every picture that you show of someone praying to God or lifting up their hands, consider it an extra thousand in your pocket. Take pictures of people from all different races, because whether it is black, white, yellow, brown, or red, all ethnicities want their nationality to be saved. Also multi-cultural pictures make you look like a well diversified and multi cultural ministry.

8. Install a coffee shop or some TV’s to show their money is being put to good use.

There may be times when people start questioning what you are doing with all this money. At this time you need to do something to pacify them. Install a coffee shop, or some flat panel TV’s. This will keep them happy and is an integral part of keeping the cash-flow steady. I know, it may cost money, but consider it an investment. You thought that you convinced them earlier about giving their money, but their cognitive dissonance has settled in. Make sure you spoil them. The things that you buy for them will keep them appeased and they will feel rewarded for giving.

9. Hire an Architect to Build a 3D Models of Potential Building Projects for the Church

Getting money based on people’s dreams and your promises is one of the oldest tricks in the book, but it still works today. People want something to look forward to, so make sure your building plans for the future are as extravagant and lavish. All you have to do is convince them that this will happen if they sacrifice enough money. Your victims will ooooh, and ahhhh at the magnificent structure while you ooooh and ahhhh at the money coming in.

10. Have a Time Limit and Make it Urgent

Whenever you are beginning a giving campaign make sure you set a time limit and make it urgent. The salesman always wants you to buy now. They don’t need time to think about the decision, they just need to pick up that phone or offering envelope and commit their money now. The longer they wait, the longer God will wait to bless them.

11. Scare Them Into Giving

You might want to save this one as a last resort. There are many Biblical examples that you can bring into this. First, you have Annanias and Saphira being killed for lying about giving. Then there is Malachi 3:8, where you are cursed for robbing God. Scaring people into giving is a bit cynical, but is a necessary evil in order to convince people to pay for your new mansion. You can even use personal testimonies that show how people were cursed for not giving their tithe.