Home / Articles / Tithing & Giving / How Not to Study Tithing 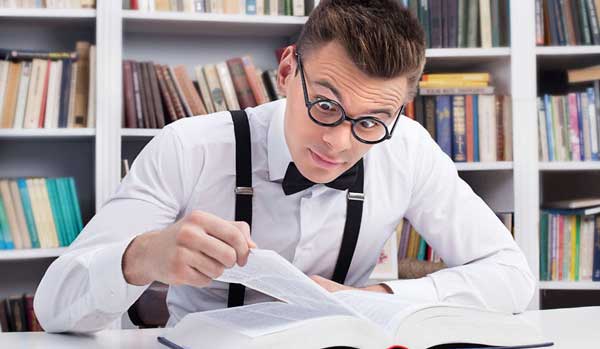 So, you’ve come to the point where you are interested in knowing more about the controversial subject of tithing (giving a minimum of 10%). I’m guessing you are one of three types of people:

Nonetheless, I don’t care if you agree, disagree, or don’t know about the subject of tithing; hopefully, the little pointers below can help you walk down the correct path when you study tithing. These tips are extremely valuable because they are universal and will help you study any topic in the bible as well.

I have studied tithing in-depth and have discussed it deeply with so many over the years, so I have great foresight in helping you with your journey. I will do my best to be unbiased as possible. I will try to give examples where both sides of the fence have erred in their bible studies about tithing. For the sake of brevity, I will address those who agree with tithing as ‘pro-tithers’ and those who disagree as ‘anti-tithers’.

Here are FIVE steps below on how NOT to study about tithing.

The pro-tithers herald the story of Abraham, Moses, and the Scripture in Malachi. Then you’ve got anti-tithers slamming the pro-tithers about not being under the law, being led by the Spirit, etc. If you are trying to find your answer either in the Old Testament or the New Testament, you have a greater chance to miss the answer completely.

This is a tough one to prevent. Most of us have our personalities and backgrounds that are almost impossible to leave out of the equation. When I began to study tithing, I actually went into it trying to prove my viewpoint right (talk about being biased) and came out, in the end, being wrong. I’m a very cerebral person, so I don’t make my decisions based on my emotions. Naturally, I am a problem solver, so I look to match things up and figure them out before my decision is made. Although I have this advantage, I am fortunate that my biased still did not interfere with the decision.

Actually, it’s not so much that a bias can interfere with your decision. Most of us can line up facts, and be honest enough to say, “OK, this one is right, and this one is wrong”. So most of us don’t have problems with facts, but we do have problems letting our bias interfere with our studies, which mess up the facts. We naturally want to steer ourselves in a favorable direction towards our bias, so we begin to see things with rose-colored glasses.

This is not the way to study tithing. It is best to approach this topic with an open mind. Basically, throw everything you think you know about this topic out the door and begin your journey. When I first studied this topic I restudied it over and over again; while each time wiping my mind clear of preconceived notions. If something didn’t seem right, or if my conscience felt off, I went back and restudied it.

I beg you to open your mind to wild ideas as well. Even the craziest ideas may have the slightest truth in them. Crazy ideas often spark my mind to think outside the box and sometimes it sparks a thought that helps me think through the real truth. I’m not trying to turn you into a conspiracy theorist. I’m trying to get you to brainstorm. If you are one of those who think you’ve figured out most of the mysteries of the Bible (tribulation, predestination, salvation, foreknowledge, trinity, etc), I’m sorry, but I feel sad that you’ve put God in this box of yours.

Overcome it by: If you want help with how to do this, one trick is to actually argue from your opponent’s point of view. If you believe that tithing should still be practiced, then research and study all the passages about free will, and Spirit led giving. If you believe that tithing isn’t commanded, then study the passages that discuss the instructions for tithing. Then, try to argue for the opposing side.

This is a very crucial element when studying tithing. There are a lot of assumptions that both sides of this issue have trouble with. This is also probably one of the most difficult challenges to overcome because we are unaware of when we do it. Let’s take this verse in Malachi 3 for example – “Bring ye all the tithes into the storehouse”. It’s only 8 words, but what can we ask ourselves about this passage? Here are some assumptions that you may have had after reading those eight words

I’m not saying these assumptions are correct or incorrect. I’m just saying that when you read those 8 words, more than likely those three assumptions were already in the back of your mind. Studying scripture without assumptions is a very long way to do it. If you don’t want to study it right, then there have to be no shortcuts.

Pro-tithers believe that tithing was from the best and the first. Anti-tithers assume that Abraham gave his tithe because it was the law in parts of that land at the time.

Overcome it by: Truth isn’t based on knowledge, so we need to be careful about inserting our own knowledge into our studies. We can usually avoid assumptions by studying and understanding every word in each passage. Don’t skip over important words and assume that you understand the story behind it.

#4 Absence of Evidence and Circumstantial Evidence are Proof

This is a pet peeve of mine. Circumstantial evidence and the absence of evidence are not proof that you are right. For instance, if you were being interrogated for the murder of Colonel Mustard in the Library with a candlestick, and they found that you were not in your room at the time of the murders, being absent from your room does not mean that you were present in the library. Here are two examples of tithing that express what I mean. First, anti-tithers believe that because there is no record of Abraham or Jacob tithing willfully from their own wealth, then that this is proof tithing is not required. On the other hand, pro-tithers believe because the New Testament doesn’t verbally confess the end tithing, that it means it should still be continued.

When I first began debating the topic of tithing, I used circumstantial evidence many times; but once I recognize it, I try not to use it from then on. I think people want to prove themselves so much that they will grasp at anything that seems to point in their direction. Some people find that circumstantial evidence helps support their theories, but I find most of the time that it hurts more than helps.  Don’t get me wrong, when I see a ton of circumstantial evidence and/or evidence of proof, I have to scratch my head a little and ask myself is this merely a coincidence? But regardless, if a fact isn’t enough to stand up completely on its own, then it’s not enough to really use in your studies.

Overcome it by: When you read the ‘soft’ evidence just put it in the back of your mind and move on. Don’t forget it, but don’t rely on it. When you come across something decide: does it make or break your case?  Then move on. Don’t clutter up your studies with this information that’s just sitting out there in no man’s land. Most people that use the ‘soft’ evidence are lazy and just want to make themselves feel better about their decision.

Many of us want to skip a few steps and take short-cuts so we can get to the answer quicker. You’ve heard the statement that the devil is in the details, well the devil is in ignoring details also. We need to understand the context of every passage, and usually, this means reading a little more than what we wanted.

Overcome it by: Being thorough. Don’t just read the passage you are studying, but read the chapter before and the chapter after. Just make sure you are reading the genesis of that full thought.