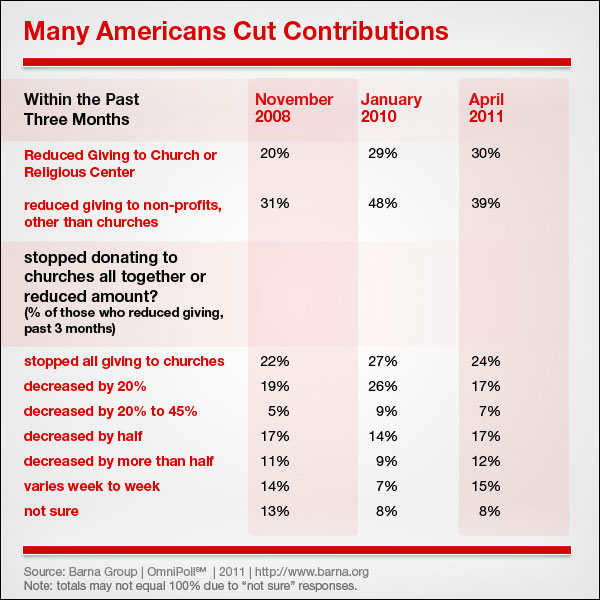 New research posted on May 10th from Barna’s website states a significant decline in giving and in particular the practice of tithing.

Consistent with this trend, the Barna study revealed that the number of people who are tithing has also dropped. The practice of tithing – donating at least 10% of one’s income to churches or other charities – has been relatively stable over the past decade, hovering between 5% and 7%. Currently, the national tithing rate is down to 4% of the adult population. This is slightly below the levels of the last 10 years and significantly lower than last year’s rate (7%).

To clarify the significance of the tithing statistics – the tithing rate going from 7% to 4% is almost a 40% drop. I’m not surprised to the lack of faith in tithing considering a majority of evangelical leaders do not believe tithing is required anyway.

Read the rest of the barna research here.