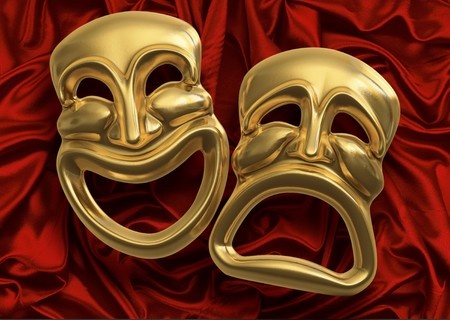 I’m going to delve a little into an area that I usually don’t because this is not a political website; it’s a religious/philosophical one. In all honesty, my two passions are religion and politics. I LOVE both topics. I could discuss them all day. So, it’s actually quite difficult to steer away from politics on this website at times.

Before I get into the meat, a little background on my political philosophy. If I were to classify myself as a particular type of voter, I would consider myself a libertarian. I believe there should only be four main roles of government, and outside of these realms, you risk corruption and demagoguery.

You could combine some, add some, or subcategorize it, but in my mind, this is what I’ve come up with. I also believe that this philosophy is most beneficial for the Church and the expansion of God’s kingdom. Now that that’s out of the way…

I was reading an article on tithing, and a comment struck me in a way that I don’t think the author intended it to be translated.

The irony is that the Religious Right so often teach tithing but oppose social welfare, while the tithe, along with gleaning laws, Sabbath year and Jubilee were all part of God social welfare system for the nation of Israel, to care for the poor and immigrants.

The author comes across as trying to push public enforcement of social welfare, which I would not agree with (more on that later), but still makes a very great point. How can a group of individuals enforce a minimum tax for religious welfare; and yet oppose a tax for public welfare programs? What’s the difference between the Church’s welfare tax and the government’s welfare tax enforcement?

The religious right would say that we are robbing God of tithes, and in the next sentence say the government is robbing us of our taxes? How can this paradox be?

I believe that one of the reasons that this country became so great is because Christian principles were embedded into the spirit of US laws. One of the tenants and foundations of New Testament, Christian values is the opportunity for liberty and freedom. There are dozens of verses in the New Testament referencing liberty and/or freedom.

The founders of this country didn’t emphasize liberty because they thought it was either a good corporate model, was going to bring an economic surplus, or because it was some sort of generational experiment. The founders emphasized liberty because they realized that liberty was a privilege that was endowed by God himself upon his followers. The more you suppress liberty, the more you suppress God’s kingdom. Look at China, South Korea, & Turkey. The countries with the least amount of liberty are typically the darkest.

You may also find it true that the denominations with the least amount of liberty are the ones that are the darkest as well. Maybe. Maybe not.

For the sake of social welfare, being pro-tithing and yet anti-tax is hypocritical. They are both a tax intended for the care of those in need, are both are ordained by God, and are both a law with unfavorable consequences.

Now, why am I against a publicly mandated welfare program? Because it means that the Church is either not doing their job or not being pressured enough into doing their job. Also, I don’t believe that taking care of the poor is more important than the enforcement of liberty. I know what you are thinking, but can you disagree with the logic of my upcoming explanation. Notice, I also didn’t say that liberty was more important either. Liberty and welfare are both equally important.

This brings me to say that the only way you can maintain the core foundation of Christian liberty and also enforce the care of the poor is to require free-will giving. In further reasoning, if welfare was more important than liberty then God would have quenched the use of liberty with the enforcement of a religious Church tax. Since I don’t believe tithing should be enforced, then we all know that there is no enforcement of a Church tax.

As I conclude, I do want to emphasize that it is the Church’s duty and responsibility to provide for the welfare of God’s creation. The fact that we have to rely on the government to provide for those in need and the fact that those in need run to the little ‘g’ first for help is a testament to how we have failed the big ‘G’. God left specific and direct instructions to take care of the poor around us.

I know it costs money to make disciples and to take care of our ministers, so I’m not trying to diminish that value, but somewhere along the way we’ve become complacent with the little ‘g’ doing our job. So, either fulfill your social responsibilities as the Church, speak up about the Church’s shortcomings, or quit your whining about the little ‘g’ taking taxes from you to do the job that you were supposed to do anyway. Either way, the job’s gotta get done; it just depends on which ‘g’ you want to get credit for it.

Libertarians, Republicans, Democrats, & Independents: Abolishing the enforcement of tithing would do very little for God’s kingdom if we don’t change our hearts. Let’s make sure we do that first and foremost.

Agree? Disagree? You have the freedom of speech. So, SPEAK UP below.