Home / Articles / News / Rich Pastors Not Common, But Not Endangered 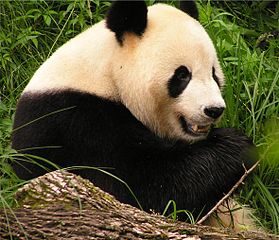 What a life to live. The luxurious lifestyle of being a pastor! Rich pastors will never be endangered. They will always exist. Why? I don’t know? Why do you think? Is it ok that some pastors are walking around with expensive watches, and suits? If one’s earned it, don’t you think that it’s okay for them to keep what they’ve earned? Why should everyone bash on TD Jakes, Joel Osteen, and Creflo Dollar? I mean, God’s given that to them, hasn’t he? They have a right to choose to keep that which God has given them. Why should we make them feel guilty about taking so much, when we’ve taken so much in our own lives. Of course not as much as them in the amount, but proportionately, we have. At least I feel that I have.

I wish sometimes that there was no such thing as “things”. I wish it was just all dirt to me. What if they look at that stuff as dirt? Do you think that some of those pastors that live in mansions could actually be right? Do you think there’s anyone that can be justified for what they’ve got? Do you think it’s okay for any Christian to live in any mansion? How much do you think is the right amount for all pastors to make?

This article does talk about tithing. but it mainly is referring to pastor Rick Warren of Saddleback Church. He lives off of a reverse tithe. That means he lives off of 10% of what he makes and gives 90%. You’ve gotta hand it to the guy for doing this. Do you think Rick Warren is challenging other rich pastors by giving a reverse tithe? I would think Rick Warren would have more authority in finances just because he’s shown that he’s handled the grip of money so well. On the other hand, when other rich pastors are preaching tithing, it’s hard to listen.