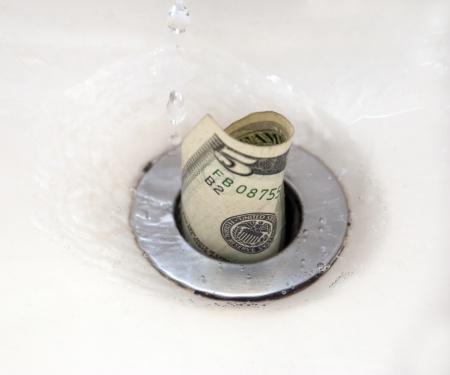 Just came across a post found on pastors.com written by Rick Warren titled, “8 Reasons Believers Give to Your Church”. I found it by going to one of my frequently visited sites – http://fbcjaxwatchdog.blogspot.com/ In the article Warren gives 8 motivating factors that pastors can utilize to drive individuals to give. I read the article purely out of curiosity, but as I read over it, i became infuriated. I’m fine with some of the points, but there were three points where i couldn’t believe what i was reading. if you just want to stop right here and not be bothered with a Rick Warren rant, I’ve got an even more interesting article for you to read that is not tainted by the modern Christian movement – Reasons Why You Should Tithe

At Saddleback, we’ve never had a vision for a building, but rather for what the building can help us do. We’ve never had a vision for raising money, but rather for what the money can do. Emphasize the lives that will be changed as people give – the marriages that will be saved, the broken people that are going to be put back together, the people who will break addictions, the changed lives that will happen. That’s the vision!

You know what this is about? This is about deceiving people to see a carnal motive in a spiritual way. This is what is called a wolf in sheep’s clothing.  I really don’t want to diminish the value of resources and money, because i do know that lives are changed through them and that they are needed. But the truth is that very little money and resources see the light of day after it has been placed in the offering plate. How do we trick people into thinking that we’re trying to change millions of lives when all it’s really gonna do is benefit our petty membership?

Rick, If you’re audience struggles with focusing on buildings instead of the people, then i’m sorry Rick, either you have a bad audience that is in the wrong ‘occupation’, or you are the wrong leader. If pastor’s have to be told that they need to focus on people not on the buildings or the money, then the church is doomed and so is your audience. What an enlightening point about the condition of pastors in the Church.

My sister’s house just burned down a couple days ago. She asked some people for help. She told me that tons of people are coming out of the woodworks to help her. To me, this is Church. Do you think the world takes notice of Jesus when they look at all the campaigns we have tricked Church members to pay for? Or do they notice Jesus more when believers come together to care for each other? People don’t give when they see a need? Pssh! this is a joke!

Rick is wrong. People should give when they see a need. But right now, they see a bloated, fat, glutenous church, so they need to be tricked into believing that the Church isn’t really bloated and fat we are just big-boned and although we eat a lot, we actually burn a lot of those calories.  So the pastors put the blinders on and attempt to hide the fact that all our needs are met, so they go on this tangent about vision, future, and potential. it’s a bunch of hogwash.

Point #4 People Give When They are Inspired by Models

We learn best by watching models. That’s why a testimony about giving is a thousand times more effective than a sermon on giving. Models motivate us. Giving is contagious. So I encourage people to write down and send me their testimonies, how they decided to give, and what they were giving.

One of the disgusting things about the WHOLE article is that there’s not a single mention of ‘Jesus’. NOPE. Not One! You would think that in this point alone you could write paragraphs about the example of Christ. but actually the quote above was all that was written about Models.

I understand that Testimonials have their place, but you can read about frustrations about these emotional testimonials here. People want to hear sappy stories about giving. Jesus example of giving was a lot of pain & anguish, but this type of sacrifice makes us uncomfortable. We want to hear warm and fuzzy stories that make me excited about giving. Jesus flippin sweat drops of blood for his gift, what in the world are we trying to instill in the hearts of people? At least here in the US We are a bunch of sissies. We want to give our little pennies and go about our smurfy lives. la-la-lalalala-la-lala-la-la

How about dedicating one of the 8 points – Reason Believers Give to Your Church: Jesus. Yeah. um how about that? How about a little Jesus? I guess he’s not good enough. We’ve gotta find some creative ways to figure out how to give. Way to think outside the box there Rick. I’ve gotta hand it to your creative team for coming up with some good points and missing the #1 point.

In the Church we’ve lowered ourselves to finding tactics to get people to serve, worship, and give. Pathetic! Disgusting! Nauseating!

I won’t go into this too deeply because FBC Jax Watchdog did so wonderfully here, but this quote above coming from Rick Warren, who believes in tithing, I am somewhat shocked. Giving by reason is what tithing is, and he is against reason? I’m confused by this man. Tithing is just a matter of calculating 10%. There is no prayer or thought about giving a tenth. Seems pretty straightforward and simple. So how can Rick support tithing and yet oppose giving by reason? Tithing is a cerebral reaction to giving. You can’t get more reasonable than that.