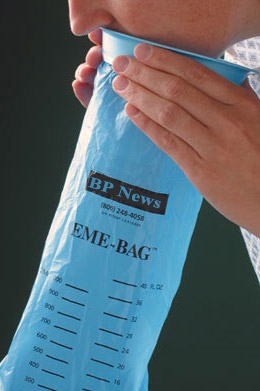 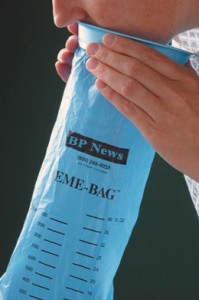 Once again there is an article on bpnews.net promoting the tithe while  regurgitating the same old vomit. You can see the article written by Howard Dayton here. Yes, Yes, i know, Howard Dayton does a great deal of good for Crown Financial. I’ve read his books, and listened to him and enjoy and support his financial advice. But i’m sick of him throwing tithing up on a pedastool while at the same time admitting it has no place on the pedastool. Here’s some quotes to show you what i mean:

The tithe is not a law, but tithing is one of the first standards of giving found in the Bible.

the tithe is an indicator of obedience to God’s laws, so Christian giving should come from the heart.

Ok, so here we go: the tithe is not a “law”, but somehow it is an indicator of obedience to God’s “laws”. How in the world do you wrap your mind around that one?  And even though were were just talking about obedience and laws, let’s just throw in the cliche phrase – “giving should come from the heart”.

The book of Malachi seems to confirm that truth when the prophet confronted the Jews with the sins of disobedience and he used their lack of tithing as an example.

“Will a man rob God? Yet you are robbing Me! You ask: ‘How do we rob You?’ By not making the payments of 10 percent and the contributions. You are suffering under a curse, yet you — the whole nation — are still robbing Me” (Malachi 3:8-9).

Since tithing isn’t a law, let’s just throw in the key words – “sin”, “disobedience”, and “curse” to keep people guilty and scared who would try to stop tithing. Somehow tithing is a confirmed “truth”, and yet is not a law, is another anomaly that i can’t seem to get my mind around either.

Hold on! Can we say OXYMORON? Logical – Assume? When are assumptions ever logical? Another thing, the tithe was not smallest gift, nor was it the largest gift that God required from Israel. So, where do we get the idea that the tithe is the minimum? Let’s think logical here. Do you think that a God who owns all of it asks for a minimum back in return?

Old Testament Jews brought about 23 percent of their increase to the Lord’s storehouse. The storehouse keepers, the Levites, then used what was given to care for widows, needy foreigners in the area, orphans and themselves.

Did you just say 10% was the minimum, and then go ahead and say that Old Testament Jews brought 23%?

New Testament believers didn’t bring their tithes and offerings to a physical storehouse; instead they gave of their increase in tithes, offerings and alms to the church body.

Was there really an example in the New Testament of believers giving a tithe, or did you once again assume that’s what they did?

It is important for us to understand that the Bible doesn’t make special provisions that exempt those on fixed incomes or government subsidies.

No, he didn’t just say that! Are you kidding me? This guy is contradicting himself all over the place. If the poor receive the tithe as mentioned in Leviticus 27, why would they pay a tithe? If Dayton actually read the scripture, he would see that only a small portion of the Israelites actually paid a tithe. If you did not farm any crops or raise more than 10 animals, then you were exempt from tithing. That means, carpenters, lawyers, bankers, tax collectors, blacksmiths, and laborers did not tithe.

So, as Christians, when it comes to tithing, we need to look for ways to give rather than trying to find loopholes that might allow us not to give.

Let’s ignore the loopholes then. It doesn’t matter. Who needs to verify anybody’s false teaching?

If we truly believe strongly in honoring God from the increase He provides for us, we need to seriously consider tithing on all of the “first produce of all of your entire harvest,”

Um, another problem here:  ‘the “first” produce of “all your entire”‘. So, which is it? A tithe of the first, or a tithe of all? What if i don’t grow any produce?

Remember that God’s desire is for our benefit and good, and He is more interested in our hearts than in any actual amount that we give.

After blasting us with the last 10 paragraphs on the importance of tithing, please throw out this general, utterly meaningless, one-sentence disclaimer.