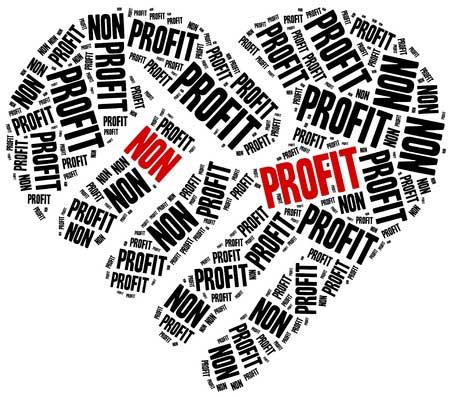 Disclaimer: I am not a legal or financial expert. So please agree with and follow blindly with everything I am saying.

I’m not one of those people who thump the bible on social & moral issues. Personally, I think it is a problem we like to hear preaching against controversial social issues (abortion, gay marriage), and yet shy away from discussing more common spiritual issues (ie: divorce, lying, laziness, gossip, anger). Right now I’d like to bring up the more controversial social issues, because regardless of your stance on the moral, hot-topics, the time is coming when certain religious beliefs will be illegal in the US.

Recently in the US, there was a news story about a county clerk (Kim Davis) in Kentucky that was jailed for not issuing a same-sex marriage license. In my opinion, the lady should have either stepped down or left her job. If your job requires you to do something that violates your belief, then leave. If you stay, either you are wrong for doing your job or wrong for not doing your job. If you can’t leave, then other options are up for debate. I agree that jailing is necessary if she failed to cooperate with the state. She signed the contract to fulfill a duty and she didn’t do it. Failing to do your job is not any less of a sin than signing a marriage license for a gay couple (that’s gonna get signed with or without you).

The only reason why I bring up the county clerk, is not to pin her as a martyr; but to show that because she was a vassal of the state, she was obligated to follow the federal laws assigned to her job. She was not forced to sign a contract because her employment was voluntary.

The bill of rights applies full and well to Kim Davis as an individual person, but it does not apply fully to her position as an entity of the state’s legal system. Just like a military general is not capable of spewing military secrets and then cry about his free speech rights. His free speech rights do not apply to his position and his contractual obligations with the state.

I am not familiar with other country’s laws regarding tax-exemption and religious liberty, so I cannot comment on that. But across the US today, our churches file for non-profit (501c3) status to receive specific economic benefits. Who could object to the benefits of charitable deductions and being tax-exempt? But, with the 501(c)3 application, we’ve put the wisdom of money ahead of the wisdom of the scriptures.

Along with the privileges of tax exemption, the Church also surrenders certain liberties to keep that exemption. I would venture to say that a majority of consistent churchgoers value the bill of rights; which include the right to free speech, practice religion, & others. Yet, week-in and week-out we voluntarily nullify our rights in order to enjoy the monetary benefits of tax exemption. We’d rather sacrifice our ability to speak our mind on moral, social, & political issues for the sake of extra cash. The almighty dollar has replaced the almighty God.

Many preach from the pulpit about a society that is in spiritual decline, but it’s no wonder why it is in decline. The decline is not the world’s fault. It’s not Satan’s fault. It’s not the president’s fault. It’s our (the Church’s) fault. The almighty dollar runs and governs our churches. I understand that money is necessary for ministry. I’m not trying to cast a hex on it. Scripture clearly states that the ‘love of money’ is the root of all kinds of evil. If our desire for a little extra cash requires a small sacrifice from the message each week, then I don’t know if there’s a better example that clearly demonstrates our problem with the love of money.

Who am I kidding though? It may be that money already has too much of a tight grip in this society to force God’s people to wake up. I realize that I am preaching to myself on this topic, yet here I am discussing it because I realize how important of a topic it is.

Eventually, this society will decline enough to force churches to either stand with scripture or keep their non-profit status. Eventually, pastors are going to be jailed, churches will be closed, and deacons will be arrested; because there had been preaching against homosexuality, abortion, abstinence, drugs, or family roles. In 30+ years from now, I can’t predict what spiritual opinion will be deemed illegal, but the punishment for our social beliefs are going to happen in a US church one day.

As i looked into the topic of 501c3 status for churches, I found some contradicting information out there about the ‘what are’ and ‘what are not’ the religious rights of churches. As I stated in my disclaimer – I am not an expert on this topic, but I am fairly certain that a pastor cannot endorse any political candidate. A pastor may not be prosecuted for preaching against gay marriage or abortion today, but to endorse a candidate from the pulpit that aligns with their religious beliefs is against the 501c3 regulations.

You may agree or disagree with the overall consensus of the ‘controversial’ social issues of today; just realize that understanding the dangers of  501c3’s is what’s at stake here. Also, what’s important is recognizing how we’ve fallen in love with money in the Church.

What is your opinion of the 501c3 status for churches? Do you think it hurts or helps, in what way?