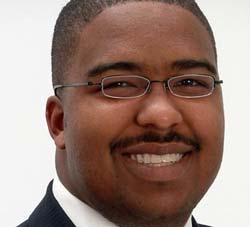 An ABC News story written by Steve Osunsami states that Ephren Taylor is being accused of $11 million Christian ponzi scheme by the SEC. Not surprisingly, he has had influence upon New Birth Missionary Baptist Church with Eddie Long, as well as Lakewood Church run by Joel Osteen. Once again the health-wealth, prosperity gospel is showing its true colors. Ephran Taylor scandal targeted mostly black mega churches in at least 40 different states.

One of the comedic notes on this story written by ABC News is that the “SEC also alleged that he doled out cash to make a splashy music video starring his wife, Meshelle, draped in white fur and diamonds. The name of the song? “Billionaire.”” If you have the slightest imagination you should get a chuckle out of envisioning the gangsta and his wife singing out their bling-bling with money floating out of the sky.

Another kicker from the ABC News story is that, “Lakewood Church told ABC News they opened their doors to Taylor to speak on the subject of “Biblical financial principals,””

To top it off, one of the investors that were schemed out of their money warned Lakewood Church leadership about Ephren Taylor, and after doing so the leadership blames the victim. These wolves in sheep’s clothing are letting other wolves sneak into the fold, which is crazy that impostors can’t even recognize their own kind!!!