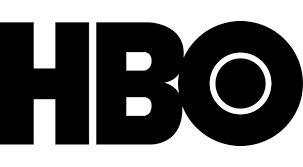 There’s more truth in this video on HBO by a comedian about the sad state of the Church than i’ve seen come from a pulpit. You may not like the vulgarity in some parts, be warned. The truth hurts sometimes, and it offends you, then go back to Sunday School flannel board teaching for 3 year olds

There are 15 truths that were spoken by the HBO comedian that i extracted. I have paraphrased them below. I have written some notes right under some of the truths.

Truth #1: You don’t get to spout out a bunch of jibberish and then say you’re not making this up

Sam ba daka doosh finne bla bla bla tonge jibberish is so detrimental to the validity of the message of the Gospel that it’s become the butt of jokes to believers and non-believers alike. Most of these televangelists speak in tongues on public and international airwaves not becaus there’s something so important to say that they can’t find the words to say it. They speak in this babel because every word and deed they do is solely for the purpose of duping ignorant people.

Truth #2: Saying, ‘You cannot stop me” is not a reason to ask for a 65 million dollar jet

Even non-believers can see how selfish these televangelists are.

Truth #3: After they purchase their private jets, they aren’t even humble about it

Let’s just say that God told these televangelists to buy the jet, did he also tell them to brag about it, and be haughty and boastful?

Truth #4: You’d be better off burying your money in the ground than investing in the televangelists.

Truth #5: The target of these preachers are vulnerable people

If an HBO comedian can see this, then why don’t we?

Truth #6: Seed faith is the most disgusting seed-based concept

Wow! Just wow! This is a non-believer portraying his disgust for individuals that claim to be in our circle. As believers, we whine and complain how peaceful Muslims don’t call out those who use their religion to terrorize, and yet here are we, sitting on our flippin hands.

Truth #7: Almost anything thought or belief can be considered a religion

So sad that just because there’s a steeple, a pulpit, and a pastor, that thieves can stand on stage and use the bible to require donations just because of their existence.

Truth #8: Why is the copeland’s 6 million home considered a parsonage and is tax exempt?

Truth #9: the odds of a church being audited are the same as gloria copeland curing your cancer

Truth #10: When you are able to operate with so little oversight, it is amazing at what you can get away with.

Forget oversignt. When these scam artists can operate without the church chasing them down and burning all their belongings in an exorcism is amazing to me.

In the video you will see how the comedian had letters sent back and forth to a televangelist. You will see how organized and planned out their little scheme is.

Truth #12: This is all hilarious until you image someone who cannot afford to be swindled into giving their money

Truth #13: the false preachers are sending a message to setup a church in order to test the legal and financial limits of what religious entities ought to do.

Truth #15: Amazingly, this is all legal

The shocker isn’t that it is legal, but that it should be illegal and yet churches, who represent God, are actually practicing it.