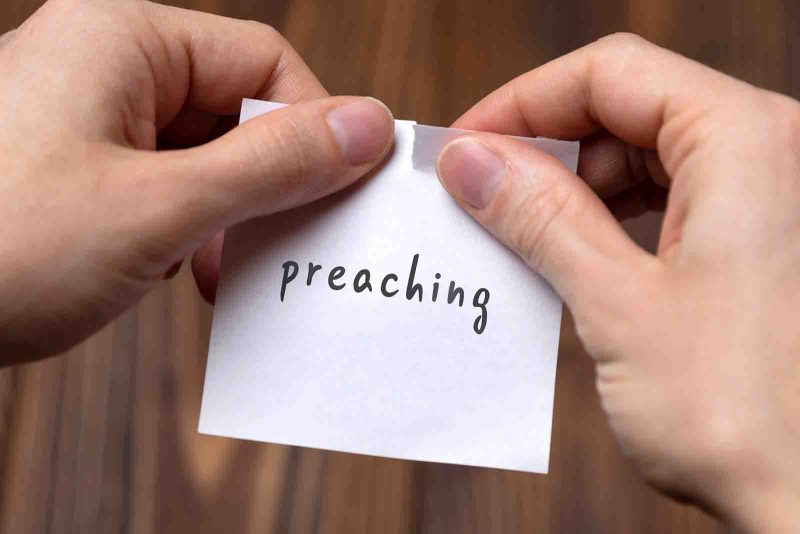 I must say that in my research for these verses, I have become convicted of my neglect of the poor and needy. I never before realized how many rebukes there were in the bible for oppressing or exploiting them. There were many more verses in the bible that I did not mention here.

I want to tell you that these verses are not here to prove that being poor is more godly than being rich. There is nothing wrong with being rich. John D. Rockefeller’s philosophy was to earn as much as you can and give as much as you can. And I particularly like that philosophy. I just don’t like wolves cloaking themselves in the sheepskin of God’s “anointed” and using that to prey on the weak and helpless.

Proverbs 22:16
He who oppresses the poor to increase his riches, And he who gives to the rich will surely come to poverty.

This is a great one to start out with. He who gives to the rich will be poor. Wake up, people! The only reason why these Televangelists are rich is that a sucker is born every minute. They aren’t rich because they’ve worked hard, or received money from the sky. They are rich because you give to them. I don’t mean to simplify all of God’s financial blessings in this manner, but their riches is a matter of simple addition, and your poverty is a matter of simple subtraction. There is no devil that cast a voodoo-like spiritual curse on your finances. And there is no cupid poking them with financially blessed arrows. You give to them and they become richer. Plain and simple.

1 Timothy 6:6-10
But those who desire to be rich fall into temptation and a snare, and into many foolish and harmful lusts which drown men in destruction and perdition.

Plain and simple. Televangelists’ desire is to be rich. I don’t want to argue about their true motives and hear that you think their heart is pure. I don’t want to hear it. They’ve fallen into a snare.

Luke 12:15-21
Then He spoke a parable to them, saying: “The ground of a certain rich man yielded plentifully. And he thought within himself, saying, ‘What shall I do, since I have no room to store my crops?’

So he said, ‘I will do this: I will pull down my barns and build greater, and there I will store all my crops and my goods. And I will say to my soul, “Soul, you have many goods laid up for many years; take your ease; eat, drink, and be merry.”’

But God said to him, ‘Fool! This night your soul will be required of you; then whose will those things be which you have provided?’ “So is he who lays up treasure for himself, and is not rich toward God.”

James 5:1-5
Come now, you rich, weep and howl for your miseries that are coming upon you! Your riches are corrupted, and your garments are moth-eaten. Your gold and silver are corroded, and their corrosion will be a witness against you and will eat your flesh like fire. You have heaped up treasure in the last days. Indeed the wages of the laborers who mowed your fields, which you kept back by fraud, cry out; and the cries of the reapers have reached the ears of the Lord of Sabaoth. You have lived on the earth in pleasure and luxury; you have fattened your hearts as in a day of slaughter.

These televangelists are complete frauds. They have taken from people and have suckered them into giving so that they can live on earth in pleasure and luxury. I don’t understand how anyone can be without a guilty conscience when they live in their mansion by financial sacrifices that others have made.

Some snatch the fatherless from the breast and take a pledge from the poor. They cause the poor to go naked, without clothing; And they take away the sheaves from the hungry.

This one is priceless. I swear if the conviction of taking a pledge from the poor does not make you think about TBN then I don’t know what will.

Isaiah 10:2-3
To rob the needy of justice, And to take what is right from the poor of My people, That widows may be their prey, And that they may rob the fatherless. What will you do in the day of punishment, And in the desolation which will come from afar? To whom will you flee for help? And where will you leave your glory? Without Me, they shall bow down among the prisoners, And they shall fall among the slain.

Amos 5:11
Therefore, because you tread down the poor And take grain taxes from him, Though you have built houses of hewn stone, Yet you shall not dwell in them; You have planted pleasant vineyards, But you shall not drink wine from them. For I know your manifold transgressions And your mighty sins: Afflicting the just and taking bribes; Diverting the poor from justice at the gate.

Matthew 23:14
Woe to you, scribes and Pharisees, hypocrites! For you devour widows’ houses

What? You think I’m Lying. What demographic of people do you think gives the most to TBN? It’s poor old women. You are probably are used to this passage because it proceeds to talks about tithing next, but you are not used to hearing the rebuke for the burden on the poor.

The Lord stands up to plead and stands to judge the people. The Lord will enter into judgment With the elders of His people And His princes: “For you have eaten up the vineyard; The plunder of the poor is in your houses (mansions). What do you mean by crushing My people And grinding the faces of the poor?” Says the Lord GOD of hosts

Amos 4:1
Hear this word, you cows of Bashan, who are on the mountain of Samaria, Who oppress the poor, Who crush the needy, Who say to your husbands, “Bring wine, let us drink!”

You don’t think God was referring the these two bovine’s do you?

Zechariah 7:10
Do not oppress the widow or the fatherless, The alien or the poor.

Luke 6:20
Blessed are you poor, For yours is the kingdom of God.

Hmm, I’m not used to hearing the word blessed and poor in the same sentence from those televangelists.

2 Corinthians 8:9
For you know the grace of our Lord Jesus Christ, that though He was rich, yet for your sakes He became poor

Becoming poor just doesn’t make sense to these televangelists, so this passage is definitely not on the preaching list.

Do you have any more verses to add? I know there are more out there, but i’m just one man searching for them.