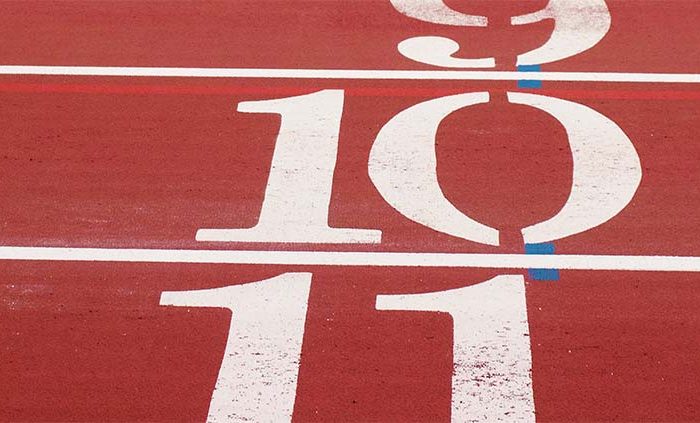 I’ve established that tithing is not required and that giving 10% of our income is a benchmark that should not be enforced under the New Covenant Church. If you’re not sure about that yet yourself, then please read these pages first:

Now that we’ve gotten past the point of being freed from the mechanical law of rituals, there is still the question about whether or not 10% is a good place to start giving. I’ve heard so many pastors, authors, and theologians admit that tithing is not required, but can still be a good place to start.

I don’t know why many of teachers say, “I don’t believe tithing is required, but i think it’s a good place to start”. Maybe they fear others’ reactions? Maybe they are concerned that others will blacklist them or will accuse them of greed. (Not speaking from experience or anything)

10% is not a good place to start. Although, I’ll say that is an understatement since I consider it a harmful place to start at for 99.9% of us. Here’s why:

You are Not Letting God Lead

I do think standards are imperative for our lives. I have many of them in my own life. I do have standards for my giving, but ultimately I decide to be “Spirit-led”. For this, I get labeled “kooky”, “radical”, etc;. Although strangely enough, believing in an invisible being that lives in me, created the entire universe with words, became human with a virgin birth, and wrote a creepy book that is the basis of all apocalyptic movies is kinda out there as well. I digress. Following God is not about throwing darts or “winging” it.

When I’ve come across those that do not believe in tithing but still feel anchored to the tithe (10% minimum), their reasoning is very stange. It’s as if they just discoverd they have the power to walk after believing they were paralyzed their whole lif…but strangely enough, have made the decision that being anchored to the wheelchair is a more logical decision than than trying to learn to walk.

I typically find out that there was no prayer about what they should give and there probably wasn’t even a look at the budget.

I get that 10% is easy. I also get that we have to start somewhere. So, I understand why some would rather give 10% than let laziness get in the way and not give at all. Solving laziness with mindlessness does not make what you are doing right. 10% is a place that you can start at since giving something is better than giving nothing, but don’t mistake better for right.

I wouldn’t consider giving my wife a vacuum cleaner for our 20th wedding anniversary a good start. It may just be quite the opposite of good. It may be bad and and set me back negative yards putting me in the dog house for weeks or months. The reason I gave her a vacuum cleaner as opposed to a bed and breakfast, or romantic evening is because I was not communicating, asking questions, or listening to her about her wants and desires.

The same goes for my relationship with God. Every week you can show up with the same old vacuum cleaner that shows God you know he’s there, but you really don’t care to uncover the complexity of the desires of his heart. After you’ve given the vacuum cleaner, try using the lazy excuse with your wife – “But it’s a start”. You’ll find out whether your giving was right or wrong pretty fast.

Remember when you were first in love with your boyfriend/girlfriend? Remember all those questions you used to ask? Curiosity about the other person shows a lot about how much in love you are with them. So the question is, are you curious about God or do you treat him as if he is there to listen to you? Your monotonous and mindless giving demonstrates that your relationship with God is all head and no heart. Although i find that to be ironic.

Israel Gave Much Less than 10% to the Temple

Only 10% of 10% (1% total) actually made it to the temple storehouse. 1% of Israel’s entire increase that was given to the house of God. You may not be aware of this either, but it was 1% of the increase from agriculture and herding that only went to the storehouse. It did not include tithes from other occupations such as carpenters, blacksmiths, bankers, tax collectors, doctors, etc. Imagine the Church being supported by only the farmers in your church today? Yikes!

You are Giving Too Much or Too Little

I defer to the story about the poor widow giving her last two mites in the box. There is no indication as to whether she was living on other’s assistance or welfare. We don’t know if she was filled or about to starve. My personal opinion and philosophy are that if you are giving away what you’ve earned and yet ask others to assist in your basic needs, then you are probably giving too much. I do not wish to put God in a box though. God could be calling you to give what you have, just as he did the widow, and yet have already set in motion a way to provide for you.

Take the story of the widow at Zarephath who was making her last dying meal for her and her son while Elijah asked her to make a loaf of bread for him first. What an amazing example of faith and a good example of giving even though it is beyond our means.

These are amazing stories of widows during a snapshot of their life, but these are not representations of their life week after week. Widows giving every week to the church while going to the government to support her needs is not wise and gives a negative reflection of God’s power.

I’ve addressed tithing and debt in greater detail, but generally speaking we can’t cover up debt that may or may not be the fault of greed or stupidity by painting a coat of white paint over mud. “Unsecured” debt can be used as a tool by the enemy to reflect poorly on Christ. So, Stop Tithing and get out of debt.

Now that I’ve covered those that are giving too much, I don’t think I really need to spend too much time talking about those who are not giving enough. If you are giving 10% and could be giving more, then it is just shameful. Enough said.

Moral of the Story

The problem is that we are human and will always be in a battle with the tangible vs. intangible. We wish to see things in black and white so that way God’s calling is clear-cut and without ambiguity. It’s not wrong to create standards in your life. The wrong is when our own standards overshadow God’s principles. God’s principles are found in the lessons, not the exercises.

Let me explain what I mean by looking at an example. The principle of cleanliness is a good thing and is a natural spiritual principle. God didn’t create an orderly universe and expect mankind to strive for disorder and filth. So, If I were to say that making your bed every day is a great exercise to help you honor the principle of cleanliness, I would say there’s not a soul that would disagree with me. If I could read your minds, there’s probably an utterance of some ‘Amens’.

Could there be anything wrong with doing that chore every day? I’m sure you said, no. What if I were to tell you that I have made my bed every day for the last 10 years, but haven’t washed my sheets during that time? I’ve made my bed 3,650 days in a row like a good little Christian should, so I should get credit right? At that point, who cares about my perfect streak of making my bed for 10 years. This resonates with the story in Matthew 25 when Jesus seemed to be indifferent about the Pharisee’s meticulous attention to tithing but neglecting weightier matters.

The same goes for all standards – not just giving. If we fail to look at the bigger picture and instead become so task-focused we forget about the goal (ie: cleanliness), then even the safest standards become disgusting. If you could choose to either have clean sheets for the next 10 years or a bed that was made, we would all choose to have clean sheets…at least for those of us with a sound mind.

Some have been tithing for 10+ years. How do you think God views your generosity after 3650 days of the same mindless chore? Do you think it has a bad smell yet? Sometimes you could have given more, and sometimes you should have given less. Either way, by now, it stinks because God doesn’t want your mindless actions that ignore obvious signs of smelly stewardship, God wants a spirit-filled life that exemplifies a faithful steward that is intentional in seeking out opportunities to shine his light in a smelly world.

Well…I guess I should start making my bed. Nah. Too much work to just mess up every night. LOL.

What do you say? Say it below.